Kurt Russell will hit the big screen again after a long hiatus from acting in a new role in next year’s Fast & Furious 7. 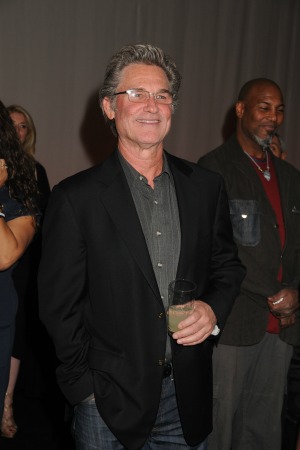 At the end of the summer, rumors heated up that Kurt Russell might join the Fast & Furious 7 crew for a spin behind the wheel. On Tuesday, Vin Diesel confirmed the veteran actor’s participation in the film when he posted a photo from the set on his Facebook page.

Diesel was clearly in awe of having the opportunity to work with the Escape from L.A. star. The photo shows him with Russell and co-star Paul Walker in an auto body shop surrounded by car parts.

The film is in its third week of shooting and is expected to continue through the fall. It will be a quick turnaround for the franchise because the seventh installment is set to be released on July 11, 2014.

The movie will mark the big-screen return of the 62-year-old actor whose last major role was in 2007’s Grindhouse. Fans are eager to see him in the lucrative franchise which has grossed over $1.6 billion globally for the first five films. The sixth installment, which came out this summer, was also a big hit and earned over $788 million worldwide.

This installment is being directed by horror film master James Wan who is known for Saw and Insidious. There’s still some mystery behind the character Russell will be playing. Some movie fans think he’s playing a villain while other film buffs speculate he’s on the good side of the law.

Rev up your engines, it’s going to be a fast and furious ride!