Ke$ha’s Crazy Beautiful Life returns next month, and if you thought last season showed you who singer is, just wait for what is going to happen this time. 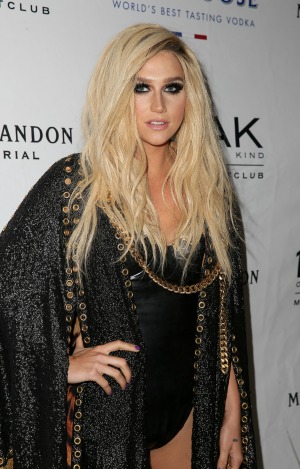 Ke$ha‘s MTV series is nothing like any other show on TV, and she guarantees her second season will be just as crazy.

The singer showed who she really was in six episodes of Ke$ha: My Crazy Beautiful Life, including emotions, glitter and plenty of pee-drinking. But when her new season starts at the end of October, Ke$ha promises it will be even wilder.

“I had camera people following me around last night when I was dancing and acting like an idiot, so there’s some of that as always,” Ke$ha told MTV while filming the show. “Some twerking upside down, there’s sharks involved, me in the water, no cage. It’s just mayhem.”

Although the antics seem off for anyone else, it’s really just another day in the life of the unconventional star. She really feels her fans will get to know who she really is through the show.

“It’s scary because it’s so real; I don’t have hair and makeup every day, so there’s definitely times where I don’t have any bra on and I just look bad, just straight up terrible,” she said. “But, I think that’s alright. You’ve got to show it.”

Another thing she will be showing in her new season is those closest to her. Ke$ha promises her mom, brother, cousin and assistant will all make appearances this season. She may also allow a glimpse into her other projects, which includes a new jewelry line. Fans will be seeing her creative process as she begins writing songs for her new album.

The Flaming Lips and Ke$ha team up for new album >>

“I just write music all the time, I can’t help it,” she explained. “After I went swimming with sharks, I wrote a song about it, and, you know , the boys along the way are good inspiration, the making out. I’m still up to those shenanigans. [Last night] I was making out with this dude; making out a lot. It’s my life, I just can’t help it; I’m addicted to making out and twerking.”

Those words are just a taste of what her new season will look like. The season premiere will air on MTV Wednesday, Oct. 30.