Nick Carter’s revealed more details from his book, Facing the Music and Living to Talk About It. This time, ex-girlfriend Paris Hilton is the hot topic. 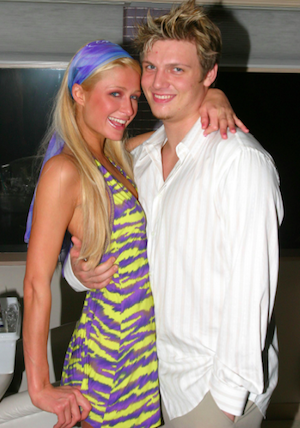 Remember when Nick Carter and Paris Hilton dated? It seems like a lifetime ago (actually nine years). Back then, he was on top of his game thanks to the Backstreet Boys and Hilton was a busy socialite.

While promoting his book, Facing the Music and Living to Talk About It, Carter spoke about their relationship. “It is what it was. I was with someone who wasn’t good for me at the time. I might not have been good for her at the time,” he told Access Hollywood.

In the book Carter writes, “Paris was the worst person in the world for me to hook up with.” Yipes. That had to burn. He continues, “We had the partying in common. It just is what it is. That’s life. You go through, you have exes and you have past situations. But I don’t fault her for anything.”

As you might expect, word got back to Hilton and she released a statement. “I don’t believe I was a negative influence on Nick,” she said. “We dated for a very short period of time almost 10 years ago and when we met he was already a successful pop star, I’m pretty sure that was the only thing influencing him at the time. I’m glad he got help for his problems and wish him all the best.”