Joseph Gordon-Levitt finally confirmed his relationship status. Unfortunately, it’s not the one you were hoping for. 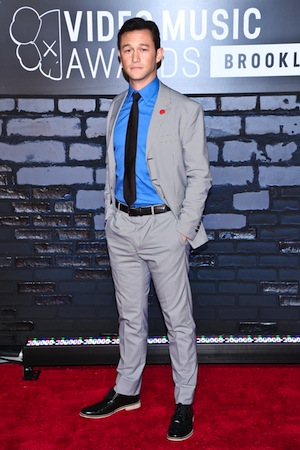 Joseph Gordon-Levitt‘s been working in Hollywood for over 25 years. He grew up in the business and knows his way around the press. He recently did an interview with Howard Stern and the shock jock accomplished a rare feat: He got the actor to admit that he’s in a relationship.

Why Joseph Gordon-Levitt refuses to talk about gay rumors >>

Gordon-Levitt is notoriously private. And considering our celebrity-obsessed culture, we don’t blame him. But when Stern pressed him about his relationship status he confirmed that he was off the market. “I have a girlfriend but I tend not to really like to talk about it in public,” he said. “She is not in show business.”

Those of you who thought he’d snag an actress were wrong. His current lady prefers to stay out of the spotlight. “The girl that I’m with, she really doesn’t want to be a part of it. You can imagine not wanting to have that kind of scrutiny.” She sounds like a smart cookie.

Gordon-Levitt explained that he hates speaking about his personal life because it affects his work. When he’s in a film, he wants viewers to see his character, not think about who he’s dating. In typical Stern fashion, he pushed the actor about how he and his girlfriend met. Gordon-Levitt confessed it was through “mutual friends” but wouldn’t admit if he was in love. “Oh jeez, man! Come on!” he said. “This is getting private.”

Ladies, are you heartbroken over the news?