Related story You Can Preorder This Marvel Advent Calendar For Your Little Avengers Fan Right Now & It's on Sale! 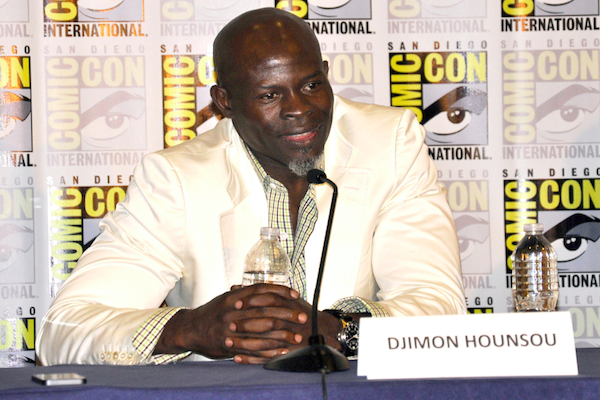 Is there a reason Djimon Hounsou hasn’t appeared in a live-action version of Black Panther? He seems like the perfect choice. He even voiced the character in the short-lived animated series back in 2009. The actor would love to play the hero and is waiting for his chance.

In an interview with the Toronto Sun, Hounsou said, “It would be an honor to be T’Challa [Black Panther]. It would have to be done right, given the history of that character and that comic. I have a foot in the Marvel Comics world now, so we’ll see where they’re going to take that.”

The foot he speaks of could be Marvel’s Guardians of the Galaxy. The actor will co-star in the superhero film slated for release next summer. Hounsou admitted that he didn’t grow up obsessing over comic books, but he had a childhood friend who was a huge fan.

“I never read any comic books when I was younger,” he said. “I just remember one of my friends in Africa at a very young age used to carry these animated booklets with him — those were comic books, and he was passionate about them.”

Hounsou is just one of many actors who’ve been rumored to tackle Black Panther. Wesley Snipes and Adewale Akinnuoye-Agbaje were also possibilities at one time or another.

Marvel’s doing such a great job with their film adaptations. We’d love for Black Panther to get some of that tender love and care.