As Nashville Season 2 is set to air on ABC, SheKnows was very happy to get the chance to talk to Callie Khouri, creator and executive producer of the show, about what fans can expect from the upcoming season. 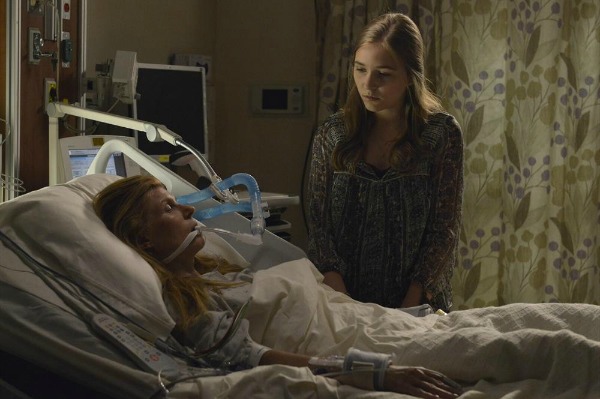 Thanks to a lot of drama, fantastic characters and a rocking soundtrack, Nashville became a break-out hit last season. When we last saw the characters on the show, all of them were dealing with their own difficulties and, according to the show’s creator and executive producer Callie Khouri, those difficulties are only going to become more challenging in Season 2.

SheKnows: What can fans expect to see in Season 2?

Callie Khouri: Things will remain very complicated, for one thing. Everybody was kind of in a mess at the end of last season. We pick up right where we left off and we literally have to watch everybody have to pick up the pieces of their lives and try to put everything back together. And Juliette, of course, has lost her mom and the guy that she thought she was falling in love with. And Deacon is a one-man disaster area.

SK: Rayna and Deacon have been through a lot. What’s in store for them this season?

CK: When we started the pilot, we put Rayna and Deacon in a situation that [made you wish] that things would work out for them. Then Rayna gets divorced and you think, “Oh wow, maybe this is their moment.” And now it’s even more complicated than it was before.

SK: Will we see any new characters this season?

CK: We’re introducing a couple of new characters, [such as] Scarlett’s best friend. And we have a new character named Leila that we’re introducing. I’d love to not tell you much about her because I think it’s going to be a really fun thing for people to watch.

SK: What about Scarlett and Gunnar? What’s happening with them this season?

CK: More complicated stuff. I feel like nobody gets away easy this year. It’s all tough. They’ve got a lot to deal with. I mean, Scarlett’s got a record deal and Gunnar doesn’t. She started out just coming to Nashville to support her boyfriend and the next thing you know, she’s got a record deal. She kind of jumped into the deep end accidentally. Gunnar having lost his brother last season really messed him up and caused things to go haywire between the two of them. It’s not like an easy road for any of them.

SK: Will’s story line was very intriguing last year as it does seem like country music is one of the places where it’s still not as easy to come out as it would be in, say, other parts of the music industry. How will he handle that this season?

CK: We did think that’s a really interesting thing to be doing at this point, because it’s tough to think of any big country music stars [who are openly gay]. And we were talking about that, we were like, “God, are there any?” And there’s nobody off the top of our head that you can think of that’s gay and also made it as a big country star. That might be a fun thing to explore. Yeah, I think he definitely struggles further.

SK: One of the best things about Nashville is the music. What can you tease about what fans will hear in Season 2?

CK: We’ve got some great stuff. There’s lots of great music coming up. I mean, we try to do things that nobody’s heard yet, so we’ve got a ton happening. We prefer going for the new stuff. Other shows like to have the “cover” thing covered, if you know what I mean. So I think one of the things that we can do that other shows don’t really have an opportunity to do as much as we do is really get music to people that they would not hear otherwise. These are all really great Nashville songs and brilliant songwriters, and it’s really true to the spirit of the show.

Are you ready for Nashville‘s second season? Whose storyline are you most excited to see as the show returns?