Joseph Gordon-Levitt is officially a triple threat. For his new film Don Jon, he acts, directs and he even wrote the screenplay. He’s a prime example of a former child star doing well. 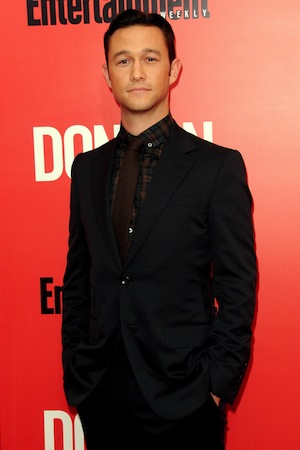 This week, Joseph Gordon-Levitt makes his directorial debut with Don Jon. He also wrote the screenplay and appears as the title character. That’s a lot of work, but Gordon-Levitt was happy to do it. He recently told the Huffington Post why he chose a story about a young, porn-addicted Casanova.

“I knew I wanted Don Jon to be a Don Juan character,” he said. “But then thinking of him as this machismo East Coast version of the Don Juan, that instantly made me laugh. I thought of myself playing that. It seemed like a fun challenge as an actor. It took about a half a year in between from when I had the idea and when I put it together as a screenplay, and then the better part of the year writing the screenplay.”

The actor admits, working behind the camera was no easy task. His mind was always racing with things that needed to get done. Wearing the director’s hat was an eye-opening experience. “From what I’ve found, we all think of the director as this very romantic position — and it is,” he explained.

“That’s true, but there’s also a lot of very mundane logistical details that you have to plow your way through day after day. No one talks about that very much. As an actor, you’re just focused on giving a performance. As a director, you’re focused on that, but you also have to think: ‘OK, the trucks are over there so we can’t point the camera that way. F***, now what do we do?’ Stupid things like that you have to work out.”