Man of Steel isn’t your grandfather’s Superman. The movie broke a cardinal rule that its screenwriter won’t apologize for. 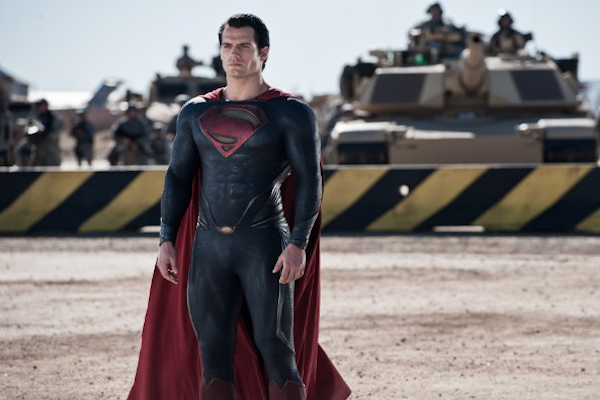 Spoiler alert for the ending of Man of Steel

Superman is arguably the most famous superhero of all-time. Batman, a fellow DC Comics character, is his only real competition. Despite his alien origin, the character’s known for his good heart and fairness. These attributes were tested in last summer’s Man of Steel.

In the film, his origin story was turned on its head. The character’s always been reluctant to use his abilities to kill anyone. No matter how big the foe, he always tries to find another way. This summer, viewers saw him make an aggressive turn.

Henry Cavill: Get to know the new Man of Steel >>

During the finale, Superman (Henry Cavill) is forced to kill General Zod (Michael Shannon) by breaking his neck. It’s the only way he can prevent him from murdering an innocent family. He takes Zod’s life to save multiple others. The decision caused quite a stir in the comic book community. Some fans felt it was completely out of character.

According to Digital Spy, Man of Steel screenwriter David. S. Goyer spoke on the issue at the BATFA and BFI Screenwriters’ Lecture. He explained, “We were pretty sure that was going to be controversial. It’s not like we were deluding ourselves, and we weren’t just doing it to be cool. We felt, in the case of Zod, we wanted to put the character in an impossible situation and make an impossible choice.”

He continued, “This is one area, and I’ve written comic books as well and this is where I disagree with some of my fellow comic book writers — ‘Superman doesn’t kill.’ It’s a rule that exists outside of the narrative and I just don’t believe in rules like that. I believe when you’re writing film or television, you can’t rely on a crutch or rule that exists outside of the narrative of the film.”

The mild controversy didn’t hurt the film’s box office. Man of Steel grossed more than $662 million worldwide. Plus, it’s been green-lighted for a sequel, which will include a new Batman (Ben Affleck).