Pop rockers Parachute just released their third studio album, Overnight, and are giving fans a firsthand account of what it takes to put an album together — track by track. 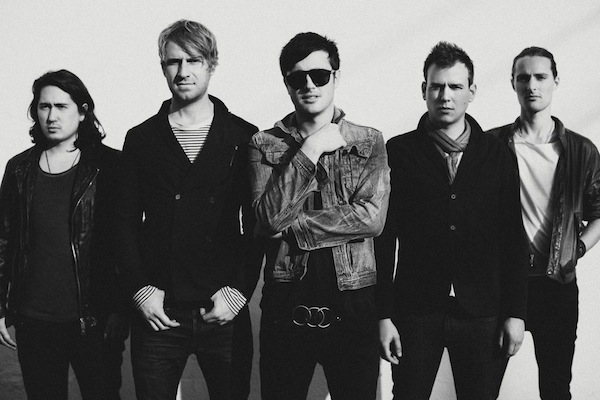 In the third and final installment of Parachute’s video guide to their new album Overnight, the guys, who have been friends since high school, let us in on what it’s like to be in a band with your high-school besties.

Lead singer/songwriter Will Anderson sits down to talk about each of the tracks on the new album on their “Track by Track” video series.

Rounding out the album are tracks 13 through 16.

“Waiting For That Call”

Unlike a lot of songs that are recorded in the studio and then played live, “Waiting for That Call” was actually a song that the band played live for a long time before bringing it into the studio. Will goes on to explain that the song was highly influenced by ’80s music.

Calling this an intimate song, Will explains, “The songs that work the best are intimate. If you’re not going through it at the time, you know somebody who is.”

Which of course brings up the question: If you write a song about somebody, do you tell them or do you just let them figure it out if they hear the song?

Will says he always writes and tells.

If the song is blatantly about someone, “I like to give them fair warning. I like to put it out in the open rather than have them guessing.”

It’s about me, right? I knew it. I’ll be waiting for that phone call, Will.

Once again, this song was voted to make it onto the album by the guys in the band. A personal, acoustic song, Will explains that “Disappear” is about “being stuck in the same place. It’s about getting away.”

By contrast, “Higher” — the song that closes out the album — is what Will refers to as “the ESPN highlight-reel song.” The driving drums scream touchdown, amazing catch or NASCAR crash.

And there you have it. The three parts of the “Track by Track” videos that take us through Parachute’s new album Overnight.

Purchase Overnight right now at iTunes by clicking here, and head over to Facebook to see if Parachute will be touring in your neck of the woods anytime soon.