Lamar Odom is furious with his father for giving an interview in which he absolutely trashed the Kardashians. 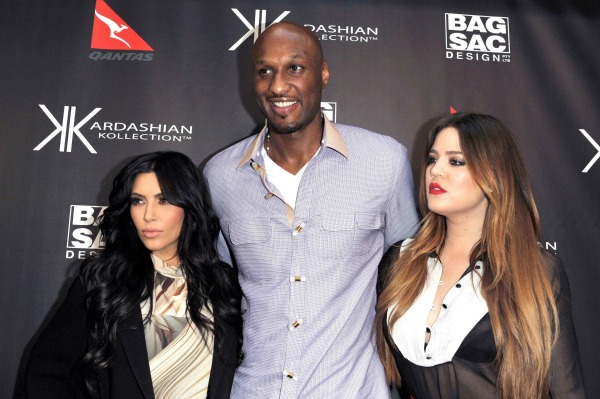 Lamar Odom is speaking out for the first time since allegations of cheating and drug use started over the summer — and he raised his voice to make sure the world knows his father is kind of a jerk.

But Lamar is having no part of the trash talk against the Kardashian clan. The NBA star, who has been estranged from his father for years, broke his silence on Twitter to make sure the world knows how much he loves his in-laws and that dear old dad is full of it.

“Won’t continue 2 speak on this but I have got 2 let this out real quick. I have let this man and many others get away with a lot of s***. He wasn’t there 2 raise me. He was absent ALL of my life due to his own demons,” Lamar ranted, referring to Joe’s long history of substance abuse.

“My mother and grandmother raised me. Queens raised me. For the first time since they left, came a blessing of a FAMILY that I married into. FAMILY,” he continued, obviously referring to being taken into the Kardashian fold.

“That man wasn’t even invited to my wedding. He has never met my mother in law and some of my other family. How can a man who has NOT once called me to check on my well being have the nerve to talk so recklessly about his own ‘son’. He is my downfall! His own demons may be the ONLY thing he gave 2 me,” he continued, seeming to refer to the rumors of hard-core drug use that have been plaguing him for months.

“He disrespecting the ONLY FAMILY that has loved me without expecting anything in return. They are the ONLY ones that have been here consistently 4 me during this dark time. Only person 2 blame is myself. Say what you want about me but leave the ones who have done nothing but protect and love me out of this! This goes to out to everyone!”

The “dark time” he refers to includes a summer in which he was caught cheating with three women, arrested on DUI charges, accused of smoking crack by one of his mistresses and kicked out of the house he shares with Khloe.

He was shipped off to rehab by his DUI lawyer and Kardashian family friend Robert Shapiro, only to disappear from the facility the following day.

21 hrs ago
by Scarlett Harris