In the pilot episode of Joss Whedon’s much-anticipated Agents of S.H.I.E.L.D., the team comes together for a united purpose, everyone seems to have their own secrets and, oh yeah, there is a whole lot of eye candy. 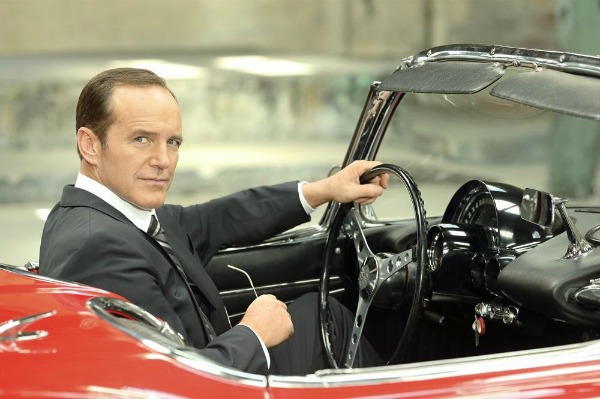 I was lucky enough to see the pilot for Agents of S.H.I.E.L.D. over a month ago, but I happily watched it again in preparation for this review. It was so much fun from beginning to end that I will have no problem watching it many more times. If you are a fan of Joss Whedon, action, comics or perhaps good-looking people in tight clothes, then this is the series for you. When a show has been hyped up as much as this one, I would almost expect it to be disappointing because, surely, no series can live up to that much hype, right? Well, I’m very happy to say I was wrong.

As a huge fan of Whedon myself, I saw his hand prints all over this show, not just in the action but in the way that action — as well as the drama — could also lead to a huge laugh. Whedon is a guy who can quite literally have me laughing through my tears and though there weren’t too many heavy moments in this one (it was a pilot after all), I could see how he was laying a foundation for many to come.

In this episode, Agent Coulson came back after his unfortunate death and long recovery in Tahiti (which apparently was not in Tahiti, but more on that later) and gathered up a team to help those people in the world who have, shall we say, unique issues. His team was made up of a mismatched group of people that I’m sure will no doubt turn into a family (another Whedon trademark), including tough guy Ward, reluctant pilot May, geeky duo Fitz and Simmons and a woman who at one time wanted to expose them all, Skye.

Together, the group works to help a man who discovers that he has superpowers, but doesn’t know how to control them. In the end, they save the man from killing himself and a bunch of innocent people and Whedon delivers one of those moments that very nearly had me in tears. Not bad for just the pilot episode.

When all is said and done though, there appears to be a lot more to the story than just this group of people working together. For instance, Coulson’s recovery in Tahiti seems to be a cover that even he doesn’t know about and May is apparently qualified to do a lot more than fly the plane. I’m sure there will be many more to come and all I can say is: I’m ready to go for the ride.

“Your fireplace is broken.”

Ward getting the warning that there were “possible hostiles” in his vicinity — while he was currently battling a couple of said hostiles.

Ward escaping on a helicopter, on a rope.

“And what does that mean to you?”
“It means that someone really wanted our initials to spell out ‘shield.'”

“I don’t think Thor is technically a god.”
“You haven’t been near his arms.”

“Welcome to level seven… sorry, that corner was really dark and I couldn’t help myself.”

Coulson misreading the little picture as a poop, and not a porcupine. Easy mistake.

Wondering just what was up with the whole Tahiti story.

“With great power, comes… a ton of crap you are not ready for.”

That entire argument between Fitz and Simmons about the “night night” gun.

Coulson’s car. That is all.

“Don’t touch Lola.” — The fact that he named her is even better.

“You guys are making a big mistake.”
“You don’t look that big.”

Fitz proving why he didn’t need to get his hands dirty in the field.

Skye reluctantly admitting that she had once cosplayed at the foot of Stark Tower.

Finding out that Fitz’s little friends were named after the Seven Dwarfs. Aw.

Ward finally getting his bomb. Somehow, I don’t think he was picturing one quite like that.

Mike trying to reassure his son (and probably himself) that they were going to have a new life.

Skye brilliantly giving Mike something new to worry about.

May proving that she was much more than just a pilot.

The fact that they were able to save Mike, and not shoot him. I so totally saw that going the other way.

Coulson showing Skye just what made Lola so special.

What did you think of the pilot episode of Agents of S.H.I.E.L.D.?