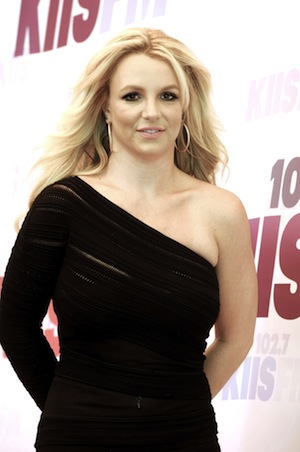 Britney Spears‘ Las Vegas run is making history. This winter (Dec. 27 to be exact), the singer will embark on Britney Spears: Piece of Me at Planet Hollywood. It’s a two-year stint that will have her in Sin City and following in the footsteps of Celine Dion and Garth Brooks.

She’s in good company, and according to E! Online, Spears is forging her own path. Her manager Larry Rudolph revealed that the show is selling out.

In fact, “This is the best-selling show in the history of Vegas,” he said. “We have a great thing going here. We have a great show we’re putting together. We have nothing but green lights ahead of us. We have amazing sales.”

The next round of tickets are expected to go on sale in a couple weeks. All the VIP packages for the first 16 shows are already gone. We’re not surprised by the response. Spears knows what her audience wants and she’s pulling out all the stops.

Kevin Federline doesn’t want his son to perform in Vegas >>

The singer told Ryan Seacrest, “We are going to have all the works — snow, water, rain, everything. Every time I do a show, I like to really bring it. I love to put on a show that will really entertain fans. We want the feeling that fans will be in the show with me. We’re going to have a cool set-up for them with a party vibe so they are really there with me.”

Are you heading to Las Vegas for Britney Spears’ show?