Between packing school lunches and performing to sold-out crowds, Martina McBride took the time to talk to SheKnows about being an inspiration to her fans, staying healthy and fighting breast cancer. 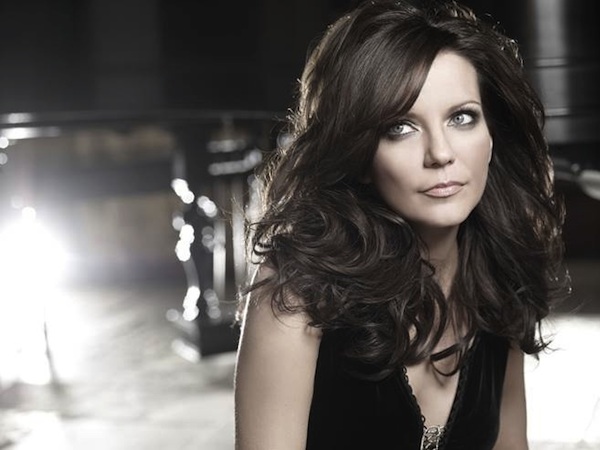 As a mom and a country superstar, Martina McBride has her hands full — especially now that the kids are back in school.

“It’s definitely busy and challenging getting everyone back into the routine.”

Along the way, however, McBride has found little tips and tricks to make everyday tasks easier.

Take her youngest daughter’s school lunch, for instance. McBride makes a checklist of food items and lets her decide what she’d like the night before. “Then I put it together after she’s gone to bed. That saves a lot of time in the morning!”

Along with adjusting to a different schedule, her family has also had to deal with her oldest daughter leaving the nest and going to college.

“I miss having her around the house. She has so much energy. Having an empty chair at the dinner table has been hard.”

She hasn’t flown away too far, though. McBride goes on to explain that her daughter decided on a college near the family’s house in Nashville. “That has softened the blow tremendously.”

As we all know, when you’re juggling a career and family, staying healthy is important. McBride’s secret is all about moderation.

“I really go by the motto, ‘everything in moderation.’ I try to eat a healthy diet. I exercise moderately and try to drink lots of water. My biggest challenge is getting enough sleep.”

That’s usually our biggest challenge too. Stars — they’re just like us!

Save Lids to Save Lives

October is breast cancer awareness month and McBride has taken time out of her busy schedule to educate her fans about the General Mills Save Lids To Save Lives program.

“After I released my song ‘I’m Gonna Love You Through It,’ I met so many amazing [cancer] survivors and their loved ones, and hearing their stories made me want to do something to make a difference.”

Each special code from the lids of select General Mills products like Yoplait yogurt entered on savelidstosavelives.com means a 10-cent donation to Susan G. Komen to help the fight against breast cancer.

Even though McBride doesn’t know anyone personally affected by breast cancer, she says that “as a mother, daughter, sister, wife, friend, it’s important to keep fighting for a cure.”

Martina McBride has been recognized over the years for her inspirational songs such as “Independence Day,” “A Broken Wing” and “Anyway.” It’s one of the reasons she’s had such loyal fans over the years.

“When someone tells you that your music changed their life, it’s a very powerful thing. I believe it’s God working through me and using the gifts he gave me to do his will. I’m very grateful for the chance to do that.”

In fact, at the 2012 Academy of Country Music Awards, McBride serenaded a couple who are now expecting and plan to name the baby Martina as a tribute to their favorite singer.

When asked about the new little Martina, McBride replied, “I think it’s great! There aren’t many Martinas in the world! I hope I get to meet her someday.”

One of McBride’s favorite times on tour is when she gets to sing her favorite Christmas songs for her Joy Of Christmas tour.

With six wardrobe changes and fun Christmas songs, McBride looks forward to it all year. “It’s such a fun show for me to do. It’s just a great show for the whole family.”

McBride is currently working on a new album, scheduled to come out in early 2014. And who are the fellow artists that inspire her and she’d love to work with? “Sara Bareilles, Bruno Mars, Justin Timberlake — I’d love to collaborate with any one of them!”

Whether or not there’s a J.T./M.M. duet in her future, this new music has sparked McBride’s passion for music. “I’m really excited to be making new music. It’s going to be a little different direction for me and one that I think my fans will love!”

We play “Would You Rather” with Jana Kramer >>

For more information about the Save Lids to Save Lives program or to enter a code, click on savelidstosavelives.com.