Simon Cowell never expected to be a dad, but now that it’s here, he is excited for his new family. But what is the one thing he won’t do for his child? 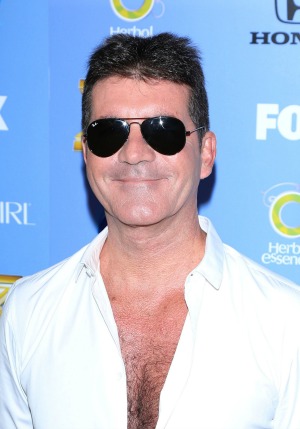 Simon Cowell‘s life is about to change significantly, and he is welcoming it (well, most of it). The 53-year-old seems genuinely excited to be a dad for the first time, and talked about the impending birth with Ryan Seacrest.

“I genuinely never thought [me being a Dad] was going to happen,” Cowell told Seacrest, via Us Weekly. “Partly because I was scared of who I was going to have kids with. [But] Lauren and I get along really well and, once I got used to the idea I thought, ‘I think this is going to be very good.'”

We already knew he doesn’t have a high tolerance for most people, so his comments are understandable. But Cowell even went a step further and hinted he may actually be getting married, something very few people ever expected would happen.

But Cowell stopped right before he committed, telling Seacrest, “let’s put it this way, I wouldn’t expect her to be a single mother.”

Even if Cowell is ready to make that commitment, he is not ready to take another big step: watching the birth of his baby. When asked if he would be in the delivery room, he responded, “Are you out of your mind?”

How sweet of you, Simon. The X Factor judge went a step further and likened the miracle of birth to cooking a meal.

Why is Lauren Silverman getting all the blame? >>

“I know this sounds awful, but it’s like you don’t want to go in to the restaurant while they’re making your dinner,” Cowell said. “I think there are certain things you shouldn’t see and that is one of them. I’ll be very close by, but no [I won’t watch].”

Cowell does want to have some say over his child’s upbringing though, and said the baby (whose gender is still something of a question mark) will have the honor of hearing his dad, even in his sleep.

“I said to Lauren, ‘What if I just play me on tape while the baby is sleeping so the baby can hear me and have a British accent,'” Cowell said, adding jokingly, “And his first words will be, ‘You’re absolutely useless!'”