Lifetime is putting Army Wives out to pasture. After a long run, the veteran drama is officially canceled. 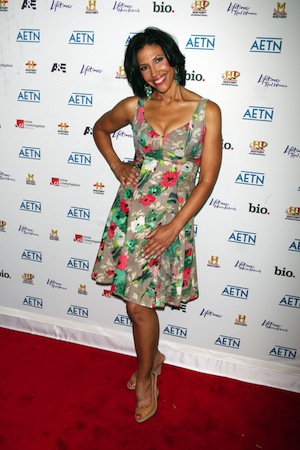 Lifetime’s given the deathblow to its longest-running scripted series. They’ve officially canceled Army Wives after seven seasons. The drama’s final season ended in June, but the cast is expected to return for a two-hour retrospective next year.

According to The Hollywood Reporter, Army Wives experienced a dip in viewers between the sixth (3.2 million) and seventh (2.5 million) seasons. It probably had something to do with the casting shakeup. One of its biggest stars, Kim Delaney, was M.I.A., while Sally Pressman had a much smaller role.

What Army Wives gets wrong about real military wives >>

They tried to keep things fresh by adding a few new faces. Brooke Shields, R&B singer Ashanti and actor Jesse McCartney all joined the cast but they weren’t enough. It also looks like the network is moving in another direction. It’s upcoming slate includes the second season of Devious Maids and the supernatural drama, Witches of East End.

Lifetime GM Rob Sharenow released a statement saying, “There is no denying how special Army Wives has been to both Lifetime and the television landscape. By taking on a very relevant and timely issue, it has brilliantly captured the challenges our military families endure and the bravery they and their loved ones display while serving our country. It has been an honor to be the home of Army Wives.”

And it has been our honor to watch. The two-hour retrospective is expected to air early next year.

Are you shocked to see Army Wives go? Did you watch the last season?