When it comes to movie producers, they don’t get much bigger than Jerry Bruckheimer. That’s why he’s been chosen to break new ground as a recipient of the American Cinematheque Award. 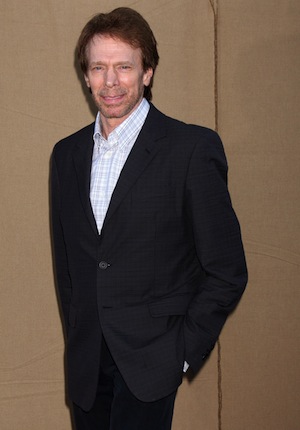 Jerry Bruckheimer is a force to be reckoned with. He’s one of Hollywood’s most respected producers. Because of his contributions to film, he’s being honored with the American Cinematheque Award.

According to The Hollywood Reporter, he’s the first producer in history to receive it. American Cinematheque chairman Rick Nicita says, “Jerry’s monumental accomplishments as producer of many of the most popular and iconic movies of all time, including 19 films that have grossed more than $100 million domestically, made him an obvious choice as the American Cinematheque’s first producer honoree.”

“It does not do justice to his work to only mention a few of his mega-hits such as Top Gun, The Rock, Black Hawk Down and Armageddon, and just his multi-picture franchises include Pirates of the Caribbean, National Treasure, Bad Boys and Beverly Hills Cop,” he continued. “His work ethic is matched only by his determination to stay behind the scenes, so the American Cinematheque is particularly thrilled to have Jerry accept the respect and congratulations that he deserves from the motion picture industry.”

Pirates 4 is a billion-dollar baby >>

Bruckheimer’s work also helped invigorate some careers. Tom Cruise, Johnny Depp and Nicolas Cage are just a few who’ve flourished under his tutelage. And there are many more where they came from. Bruckheimer shows no signs of slowing down.

He’s rumored to have National Treasure, Top Gun and Bad Boys sequels on the way. Plus, there’s Jack Sparrow’s next adventure, Pirates of the Caribbean: Dead Men Tell No Tales. He’s keeping busy.