There’s still money to be made in music. Hip-hop is one of the most popular genres and it’s producing multi-millionaires. 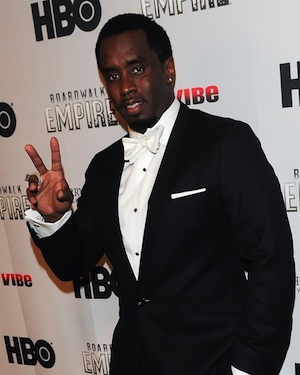 Forbes has revealed its list of the year’s highest-earning hip-hop artists. The list is filled with familiar faces and the top dog shouldn’t be a surprise to anyone. The only downside is the lack of diversity. When it comes to women, only one makes rank.

Sean “Diddy” Combs was able to keep his peers at bay, making him the year’s biggest earner. Over the past 12 months, he’s generated $50 million. He has his Bad Boy record label, Sean John clothing line, Blue Flame marketing agency and Diageo’s Cîroc vodka.

Coming in second place is Jay Z with $43 million, which he pulled from his sold-out shows as well as his Roc Nation label and management firm. Plus, who can forget his lucrative deal with Samsung to buy $1 million copies of his latest album Magna Carta… Holy Grail? That was good business.

The only female to make considerable strides is Nicki Minaj. She landed in fourth place with $29 million. Thanks to her infamous contract with American Idol and endorsement deals (Hello Pepsi!), she kept her funds well in the black. Two years ago, Minaj was the first woman to land on the annual Hip-Hop Cash Kings list.