Just when we’re ready for more music from Mumford & Sons, they decide it’s time for a break. Say it isn’t so! 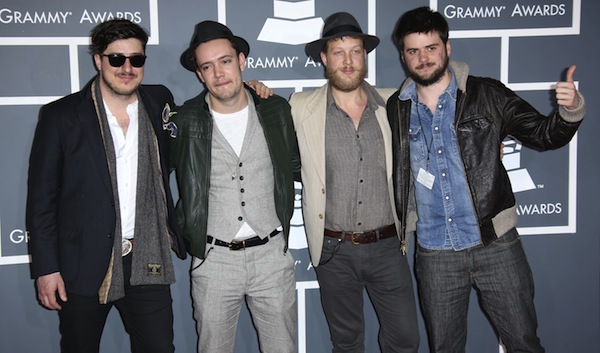 Don’t expect to be hearing any new music from Marcus Mumford and his bandmates any time soon.

Mumford & Sons will be going on an extended vacation from each other. In the words of Ross and Rachel, they’re “on a break.”

In an interview with Rolling Stone, keyboardist Ben Lovett made the hiatus pretty clear. “There won’t be any Mumford & Sons activities for the foreseeable future following Friday’s show.”

It’s not that they don’t love each other, it’s just that they’re not in love with each other.

But don’t worry, fans. They’re not breaking up altogether. Lovett explained that they’re still going to be… dating.

“We just know we’re going to take a considerable amount of time off and just go back to hanging out and having no commitments or pressure or anything like that.”

After such a stressful yet event-filled year like the guys have had, maybe a break is in order. In the past year, the guys have had their highs, like winning the Grammy for Album of the Year for Babel, but they’ve also had some lows, most notably when bassist Ted Dwane was hospitalized and had to undergo emergency brain surgery for a blood clot.

Plus, because of their tour schedule, Marcus really hasn’t had the chance to spend time with his lovely wife, The Great Gatsby actress Carey Mulligan since they tied the knot last year.

The video for “Babel” will have your head spinning >>

So maybe it’s for the best.

We will wait for you.