Kanye West has never been shy about his admiration for himself, but he has gone above and beyond with his new comments. West now says he is a bigger rock star than people who are actual rock stars. 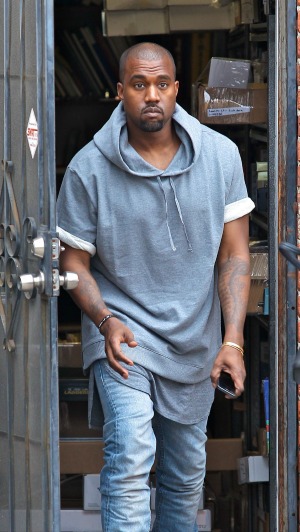 Kanye West thinks a lot of himself, that we already knew. But it looks like he may like himself more than we realized. The rapper spoke with BBC Radio 1 on Monday, and called himself the “No. 1 rock star on the planet.”

There are of course quite a few rock stars who may disagree with West’s assertion, but the rapper just kept going. He added that his purpose is to push the boundaries of the world of art, music and culture, according to Us Weekly.

The one humble thing West actually conceded to was that “there would be no Kanye West if it wasn’t for Michael Jackson,” but also said he has already surpassed Jackson’s feats.

“I’ve got to a point that Michael Jackson did not break down,” West said. “I have reached the glass ceiling, as a creative person, as a celebrity… and I’ve been at it for 10 years. I look around and I say, ‘Wait a minute. There’s no one around here that looks like me. And if they are, they’re quiet as f***.’ So that means, wait a second, now we’re seriously like, in a civil rights movement.”

“Jay Z is more realized than me. More of his dreams and aspirations have come true,” West said. “You don’t realize — I am so frustrated. Like, I’ve got so much I want to give. And I’ve got a million people telling me why I can’t do it.”

Kanye West may be headed to prison over paparazzo attack >>

The rapper did spend a few minutes to talk about his new family, Kim Kardashian and his new baby North West. It looks like someone has finally (somewhat) reined him in, and he actually attempts to spend some time with them, not working.

“It’s like family time. That’s what Kim gave me. She gave me everything, she gave me family, she gave me a support system,” he explained. “She was in a powerful enough situation where she could love me without asking me for money, which is really hard for me to find.”

There has not yet been any comment from the rock stars of the world.