In the series premiere of The Blacklist, no one is above suspicion when criminal mastermind Raymond “Red” Reddington comes out of hiding to offer a unique deal to one very special agent. 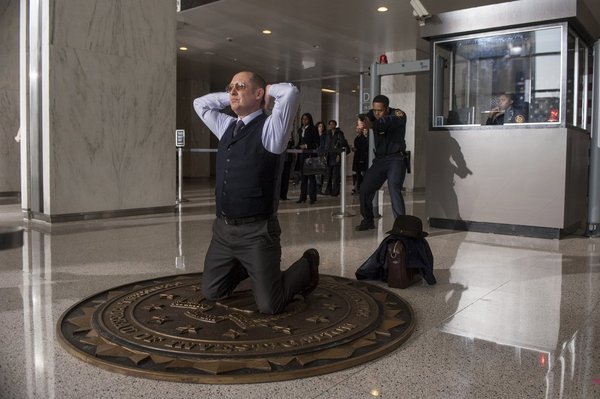 Red has turned himself in to the authorities and offered up “The Blacklist” — a list of criminals that he has been gathering for over 20 years. The list consists of people that Red wants to see taken down. Also known as the Concierge of Crime, Red was the kind of guy who operated with no country and no political agenda. He worked for whoever offered the highest bid for his services and has undoubtedly been behind some horrendous crimes in his time.

James Spader will get robotic for The Avengers 2 >>

Elizabeth Keen: A woman in farther than she knows

When Red offered up his list, he did so under one condition: He would only talk to fledgling agent Elizabeth Keen. Lizzy (as she’s called by her friends) assumed that he simply wanted to take advantage of a new agent. That assumption was proven wrong for many reasons — first of all because she was not a woman who allows herself to be taken advantage of (see the part where she stabbed him in the neck) and secondly, Red knows a lot more about Lizzy’s life than he should.

What is the story with Lizzy’s husband?

Lizzy came home after her first day at her new job and found her husband being held captive by a man that knew Red. He tortured her husband in front of her eyes until she gave up information that he needed, then gave Lizzy a terrible choice: Save her husband or save the lives of many others. She chose her husband, but when Red got news of the attack, he hinted that there could be more to Tom than Lizzy knew. With her husband on a ventilator, Lizzy followed clues that led her to a secret box full of fake passports, a weapon and lots of money. What is her husband hiding from her?

The Blacklist began with a mystery, added more intrigue throughout the pilot and ended the first episode asking a bigger question than the one that had been presented in the beginning. Something tells me that there will be just as many questions as there are answers as this series continues its first season, but I am definitely on for the ride.

Red calmly preparing himself for the chaos that was about to happen.

Elizabeth reassuring her husband that she wasn’t going to let her job get in between them and their plans for a family.

Cooper asking Elizabeth to profile herself.

The very impressive lock-up where they had Red.

“Oh, I think you’re very special.” — Hands up, who else found that oddly cool, yet incredibly creepy?

Red laughing when Elizabeth suggested that he could be trusted.

Liz giving her pin to the little girl.

That truck coming out of nowhere and scaring the daylights out of me.

Liz telling Beth that the men weren’t going to hurt her, but they were going to take her away.

Red happily enjoying his hotel suite. The music in that scene was perfect.

Knowing something was wrong with Tom the moment that Liz walked in the room.

Liz reassuring Tom over and over again that he was going to be OK.

Gasping out loud when Lizzie stabbed Red in the neck. Wow.

The freaky orderly winking to Liz right before the elevator doors closed.

Red getting Lizzy to calm down enough to report what she saw on Zamani’s hand.

Liz finding Beth with the bomb in her backpack.

“I certainly don’t want your intelligence, Agent Ressler. I’m quite happy with my own.”

Lizzy cutting up the rug and finding the hidden box full of money and passports. Uh oh.

Red guessing that Liz had found something curious about her husband.

What did you think of the first episode of The Blacklist?