President Obama joked that he doesn’t smoke anymore because he doesn’t want to face the wrath of his wife, First Lady Michelle Obama. 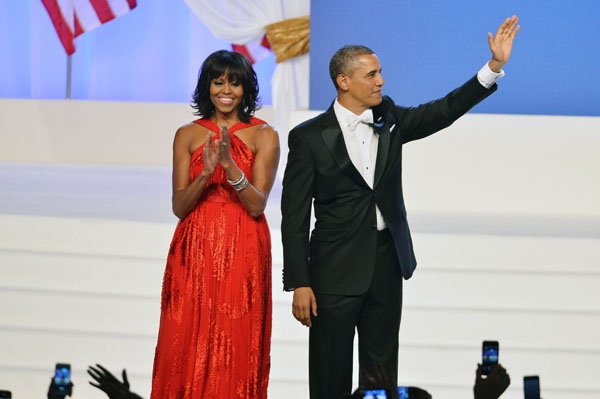 We’ve always had the feeling that First Lady Michelle Obama is the one in charge of her family — and President Barack Obama pretty much confirmed it during an unguarded moment on Monday.

“I hope you quit smoking,” President Obama said. Kiai then admitted that he still enjoys a cigarette from time-to-time before asking Obama the same question.

“I haven’t had a cigarette in six years… that’s because I’m scared of my wife,” Obama joked.

President Obama hasn’t been shy about his struggles with nicotine even as he tried to pass health care reform in 2009.

President Obama will totally get a tattoo if his daughters do >>

Cigarettes don’t exactly fit into the FLOTUS’ “Let’s Move” campaign, but she once told iVillage that their daughters, Sasha and Malia, would be the ones to influence him to kick the habit for good.

“I know that his ability to ultimately kick the habit was because of the girls, because they’re at the age now where you can’t hide,” she said. “I think that he didn’t want to look his girls in the eye and tell them that they shouldn’t do something that he was still doing.”