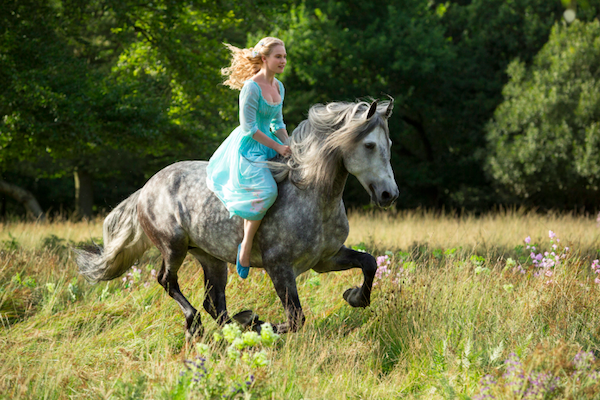 Disney’s graced us with the first official photo from Cinderella. It’s a live-action retelling of the classic story, which the studio originally adapted in 1950. Next year, director Kenneth Branagh will work his magic to bring Cinderella to life — again.

“It is impossible to think of Cinderella without thinking of Disney and the timeless images we’ve all grown up watching,” says Branagh. “And those classic moments are irresistible to a filmmaker. With Lily James we have found our perfect Cinderella. She combines knockout beauty with intelligence, wit, fun and physical grace. Her Prince is being played by Richard Madden, a young actor with incredible power and charisma. He is funny, smart and sexy and a great match for Cinderella.”

Cinderella finds her prince in Game of Thrones star >>

Most of us know Madden from his three-season stint on HBO’s Game of Thrones, where he played the royal Robb Stark. His casting as Cinderella’s Prince is more than fitting. He and James will be joined by Oscar-winner Cate Blanchett as the evil stepmother Lady Tremaine.

Cinderella will stick to the main elements of the original tale. The girl’s father will pass away, and she’ll be left to fend for herself against her stepmother and two stepsisters. Thankfully, she’ll have some moments of joy. The greatest of which comes in the form of a handsome stranger called “Kit,” a.k.a. the Prince.