You win some, you lose some. For Amy Poehler and Jon Hamm, though, they’ve lost six times each at the Emmys. Instead of pouting, they threw a party. 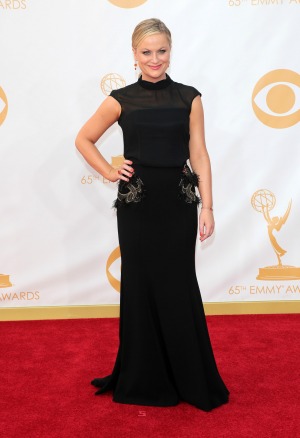 It’s a great achievement to win an Emmy Award, but for some television actors, it’s just great to be nominated. Amy Poehler and Jon Hamm took their nominations and their losses to a whole new level on Sunday night by hosting an Emmy Losers party.

The event was held at the exclusive SoHo House in Los Angeles after last night’s ceremony. The rules of the party were pretty specific though. Nominees who lost their category were admitted to the party for free. If an attendee arrived with an Emmy Award in hand, they were required to donate $1,000 to Worldwide Orphans Foundation.

The philanthropic group aids children with education, medical and emotional assistance “to help them become healthy, independent, productive members of their communities and the world.”

The Mad Men actor spoke with E! News about the idea behind the party.

He explained, “We figured that the winners get celebrated enough, so we thought it was about time that the losers get celebrated. And Poehler and I are friends from a long time ago and every year when we would lose the Emmy we would kind of wink at each other and call each other loser for the rest of the night.”

The party was inspired by a post-Emmy bash that Kristen Wiig threw last year at her hotel.

“We called it the Losers Lounge because nobody that was there won and it kind of stuck,” the AMC star said. “We were like, ‘That was a really fun party. We should do that again, but we should do it bigger and better and invite our friends who aren’t going to win either and we’ll have a good time with it.'”

The Parks and Rec star and Hamm have each been nominated for six Emmys since 2008.

The Emmy Losers party wound up raising over $30,000 for a great cause, and a few losers chipped in money even though their entrance fee was waived. Besides Poehler and Hamm, the event was well-attended by other television stars including Elisabeth Moss, Aziz Ansari, Tina Fey, Jane Krakowski and Seth Meyers.

Sometimes it’s fun to be an Emmy loser.