After swearing up and down that he would never exercise, Robert Pattinson was spotted going to the gym in Los Angeles this weekend. 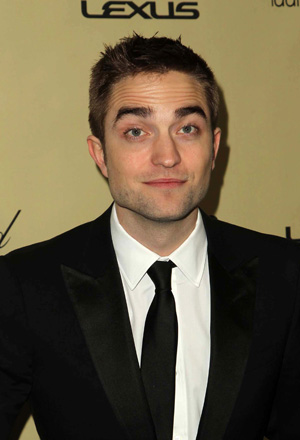 Robert Pattinson is a self-professed exercise-hater and swore profusely he’d never hit a gym. But, to totally contradict himself, the British hunk was actually photographed on his way to a real gym, to do some real exercise, over the weekend.

Dressed in all black and concealing his face under a hoodie, Pattinson was seen making his way to a Los Angeles gym in order to pump some iron. The Twilight star looked miserable as he scowled towards the camera, probably dreading what lay waiting for him inside the workout facility.

Pattinson is now following a strict exercise regimen in order to get in good shape for his upcoming film, Mission: Blacklist. In the movie, the actor will be taking on the role of a young military interrogator who aids in the capture of notorious former Iraqi president Saddam Hussein.

Apparently, this must be an important role for Pattinson as he’s been so adamant about personal fitness until now.

“I think I don’t get jobs because I don’t go to the gym,” Pattinson said in a recent interview with Harper’s Bazaar, Arabia. “I am literally the only actor in Los Angeles who doesn’t have a six pack.” But, as he sets out to pursue a fitter lifestyle, the Cosmopolis star still doesn’t want anyone to see him while he’s sweating it out.

“Even though I am [exercising], I still think it’s so lame and embarrassing — I am doing it out of necessity, that’s all,” Pattinson continued. He also recently told Sunday Style just how much he hates going to the gym and how he’d rather do just about anything else. “I’ve been like that my whole life. I never want to take my shirt off. I’d prefer to get drunk.”

However, Pattinson is a firm believer in confidence, saying that if someone looks good in their clothes “it’s because they are comfortable in their own skin,” and “it’s literally just like owning it,” he told Bazaar Arabia.

Apparently, the new Dior Homme spokesman is getting more into the fashion world lately. “I kind of want to get more involved in the industry, I really like it,” he added.

“I like the speed of it, you can move so much quicker,” Pattinson said, “I also like designing clothes, it’s kind of a new thing that I have started doing.”

Well, it looks as if there may be a new Rob Pattinson couture line coming up sometime in the future. Clothes shopping is sure to become a new experience if it means buying outfits designed by Pattinson himself!

35 mins ago
by Sarah Mina Osman