Kelly Clarkson’s wish to own a piece of Jane Austen history will remain as a wish. 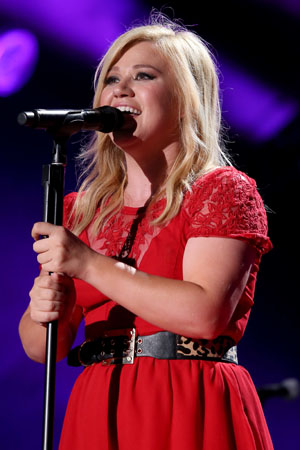 It seems like Kelly Clarkson has it all including a successful career, a happy home life and an amazing personality. However, the “Stronger” singer is missing one important thing from her life: The Jane Austen ring she bought in 2012.

The singer snapped up the turquoise and gold ring for more than $220,000 at an auction, but she was never allowed to take it out of the country. Culture Minister Ed Vaizey temporarily barred it from leaving the country in an attempt to raise funds and keep it in the country.

Jane Austen’s House Museum quickly started a fundraising campaign to keep the piece — one of only three surviving pieces of the Pride and Prejudice author’s jewelry collection. Donations came from all over the world, but one anonymous donation of 100,000 pounds put them over the top.

“The museum is now able to reveal that their offer to purchase the ring has been accepted,” curator Mary Guyatt said in a statement. “We have been stunned by the generosity and light-footedness of all those who have supported our campaign to meet the costs of acquiring Jane Austen’s ring for our permanent collection. Visitors come from all around the world to see the house where she once lived, and we will now take great pleasure in displaying this pretty ring for their appreciation.”

Clarkson seems to be in good spirits about her loss.

“The ring is a beautiful national treasure,” she said after hearing about the big donation, according to the U.K. Guardian, “and I am happy to know that so many Jane Austen fans will get to see it.”

It’s probably for the best that Clarkson won’t get the ring, she has a tendency to lose expensive pieces of jewelry.