To most of us, Oprah Winfrey seems like Wonder Woman. But even she has her limits. In 2012, she was on the brink of a nervous breakdown. 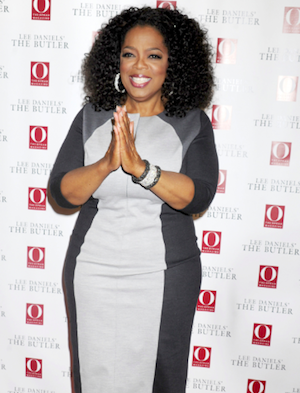 Oprah Winfrey is a media mogul. When it comes to interviews and hosting, her skills are unparalleled. She’s also the head of a television network and an occasional actress.

But even the “Mighty O” needs a break every now and again. Last year there were rumors that she’d suffered a nervous breakdown, and now Winfrey is coming clean.

Winfrey told Access Hollywood‘s Shaun Robinson that there’s some truth to the speculation. While filming Lee Daniels’ The Butler and trying to revive her OWN, she hit a wall. During this time she was shooting interviews for her OWN series, Oprah’s Next Chapter. One of her subjects, activist Jason Russell (of the Kony 2012 movement), helped her realize she was in trouble.

Russell himself had a very public meltdown. He told Winfrey about what led him down that dark road, and a lightbulb went off. She said, “I was sitting and listening to Jason Russell describe his symptoms…. Saying, ‘Um, this sounds pretty familiar to me.'”

Robinson pressed Winfrey to describe what she was going through.

“In the beginning, it was just sort of speeding and a kind of numbness and going from one thing to the next thing to the next thing,” she revealed. “I will tell you when I realized that, I thought, ‘All right, if I don’t calm down I’m gonna be in serious trouble.’ I was in the middle of doing voice overs, you know? And I remember closing my eyes in between each page because looking at the page and the words at the same time was too much stimulation for my brain.”

Thankfully, she reached a point where she knew enough was enough. She started to take better care of herself. A break did her some good because things have started looking up. Now she can truly enjoy her success.