Cher is coming to a city near you. The music legend is going on tour and we’ve got the dates. 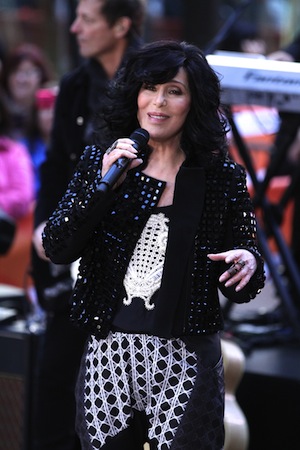 Cher‘s still got it. After decades in the business, the singer and actress is hitting the road. It’s been eight long years but she’s embarking on another tour. It’s called “Dressed to Kill” and will hit 49 cities starting in March.

According to Billboard, Cher made the announcement on the Today Show where she revealed the good and bad elements of touring.

“The road is horrible, but the concerts are great,” she said. “I understand why guys in bands tear up hotel rooms and throw TVs out the windows, because it’s a very lonely place. The only time you have fun is at the concerts.”

“Dressed to Kill” kicks off March 22 in Phoenix, Arizona. There will be a pre-sale for American Express cardholders starting Sept. 30. Also, if you purchase your tickets online, you’ll receive a free copy of Cher’s latest album, Closer to the Truth.

Cher’s 67 years old and can still rock a crowd. She’s on the same level as U2, Madonna and The Rolling Stones when it comes to stage presence. It goes to show that real talent will stand the test of time.

22 hrs ago
by Reshma Gopaldas