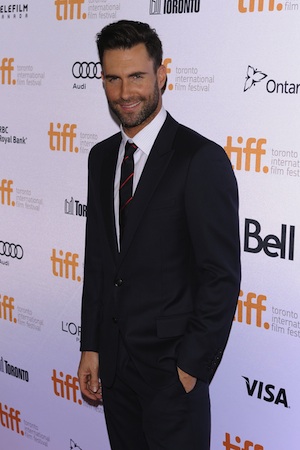 Adam Levine versus Lady Gaga: Levine taps into a celebrity twitter feud with Lady Gaga and is totally passive-aggressive when it comes to conflict.

The drama began Sept. 20 when the Maroon 5 front man took to his Twitter account and sent a condescending message to all those artists who simply “recycle” pop music instead of Levine’s preferred method of pure, unreferenced material.

Adam Levine is engaged! 5 of his former flames remembered >>

And while Levine didn’t address Lady Gaga directly, his problematic past with Gaga leads many to believe his latest insult is aimed at the “Born This Way” singer — especially since she was discussing her new album, ARTPOP, when Levine decided to make his move.

Levine wasn’t quite finished with his mini Twitter rant and added just another dash of scolding for good measure.

It’s not clear who (or what) Levine was irritated with on Friday but the celebrity gossip world thinks Lady Gaga assumed Levine was dissing her. Lady Gaga was discussing her new album ARTPOP with fans on Sept. 20 just before Levine sent out his veiled tweet. Lady Gaga stopped her ARTPOP chat with fans to tweet out her own mysterious message.

It looks like Levine may be refreshing an old grievance from 2011. One Lady Gaga fan replied to Adam Levine’s initial tweet and brought up an old tweet clearly intended to insult the “Applause” singer.

It should be noted that while Levine clearly named Lady Gaga in his 2011 dis he did not address her by name or through an identifying body of work in his recent Twitter comments. Nonetheless, many Lady Gaga fans are still convinced Levine was insulting their “Mother Monster” and overwhelmingly replied to his message in a storm of tweets in defense of Gaga.

Lady Gaga’s iTunes Festival: Get a taste of ARTPOP >>

Lady Gaga even inspired a new Twitter hashtag — fans are now using #ARTPOLICE when discussing Gaga or her album ARTPOP as a form of protest against Levine’s comments.

ARTPOP is set for release on Nov. 8, 2013 and marks the third studio album for the mega pop star. It follows Lady Gaga’s 2011 album Born This Way, which has sold over six million copies worldwide.

As of June 2013, Lady Gaga has won five Grammys and sold over 23 million albums worldwide.