Mexican actress Eiza Gonzalez is starting to feel the heat over her relationship with Liam Hemsworth — so she got out of the kitchen! 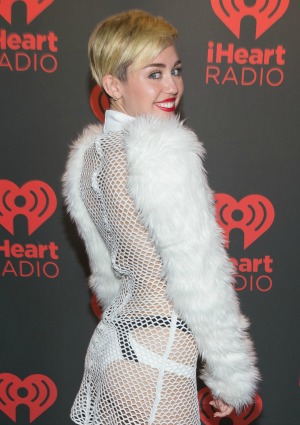 Eiza Gonzalez is learning her first lesson in the life of a Hollywood starlet: People love to see you sweat. The new girlfriend of Liam Hemsworth was hammered with questions about her relationship and its effect on Miley Cyrus at a recent press conference — but rather than gracefully handle it, she stalked out.

In Mexico City to promote the DVD launch of her flick Los Croods, Gonzalez was happy to talk about transitioning into being a star in the U.S. but clammed up when it came to her personal life.

“I’m happy and I’m focused on my work,” she said. “It’s incredible to be able to work with 20th Century Fox and to keep opening doors for Mexicans and Latins in the United States. When I was a girl, there wasn’t anything in Spanish in the movies until you saw it on DVD. I’m happy and I’m waiting for a lot more work to come.”

But when reporters pressed her about her role in the Cyrus-Hemsworth breakup, she was not quite so cool and collected. While she initially responded with a terse, “I have nothing to say about that subject,” the reporters would not lay off — so she made a dramatic exit.

Gonzalez later tweeted a photo of herself at the presser before the questions got too hot to handle but did not address her early exit.

Miley Cyrus has not spoken about how quickly her former fiancé has moved on — Hemsworth was spotted kissing Gonzalez just hours after the breakup was announced — but that doesn’t mean all is well. She broke down in tears during her performance of “Wrecking Ball” at the iHeartRadio Music Festival over the weekend, and friends say she is reveling in the reports that Gonzalez’s beauty is not all that natural.

“Miley knows it’s going to embarrass Liam because his family has always talked down about plastic surgery,” a source told HollywoodLife.com. “Miley’s not judgmental about stuff like that the way Liam and his family are, but she’s hurting bad right now, so yeah, she’s going there. I mean, it’s hard not to notice how much better Eiza looks after all her surgeries.”