It’s a miracle! The Colbert Report finally beats out The Daily Show with Jon Stewart for the Emmy. 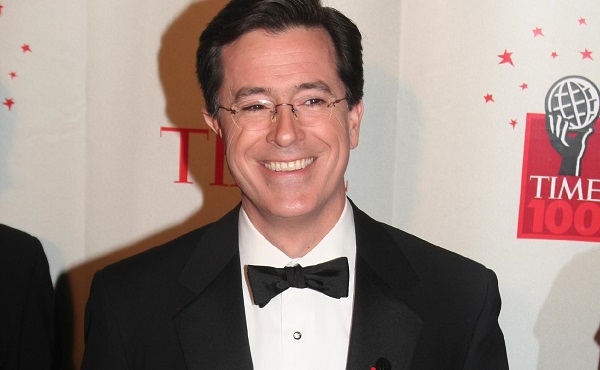 Nation! Nation! It has been brought to our attention that something positively shocking and downright deserved has happened tonight at the Emmy Awards: Stephen Colbert has finally broken Jon Stewart’s decade-long winning streak. The Colbert Report (nominated for a total of six awards) has collected its long-awaited prize for Outstanding Variety, Music or Comedy Series.

What a sweetie: Colbert is a mama’s boy >>

For the last 10 years, during every Emmys season, the “variety show” awards have been handed to The Daily Show, hosted by Stewart. We love Stewart as much as anyone else who appreciates humor, politics and sarcastic news reporting. However, we’re also staunch members of the “Colbert Nation,” and it breaks our hearts each year when our freakish leader is overlooked.

The two men have always taken it in stride. Their head-to-head battles during awards season have segued into a strange and hilarious rivalry… and brotherhood. That point was made absolutely clear when Colbert took to the stage to finally accept his well-deserved Emmy award. He thanked his “brother and friend” (Stewart) and took home the gleaming trophy.

“Jon never told me how good this feels, actually,” he told the audience.

We imagine that has something to do with the fact that (surprisingly) Stewart was trying not to gloat.

Colbert’s entire speech was rife with humor and, of course, quite meaningful at the same time. It was quite possibly one of the best of the night.