Neil Patrick Harris is becoming an awards show legend, but did his hosting gig at the 2013 Emmy Awards live up to the hype? 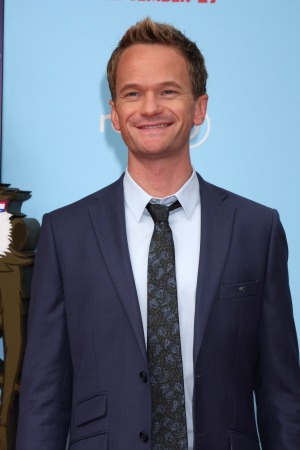 Neil Patrick Harris has become an awards show favorite of both actors and audiences. He can sing, he can dance and he can do so much more.

Harris began the 2013 Emmy Awards in a room full of TVs. He paid tribute to television history by watching TV episodes from all eras.

“Can I just give you a smudge of advice?” Kimmel asked Harris. “Take it all in, because there’s a good chance they won’t ask you back next year. Just something to think about.”

“I’ve hosted the Emmys twice,” Conan O’Brien joked. “Twice, back when it meant something.”

Tina Fey and Amy Poehler appeared in the audience, also criticizing the job Harris was doing so far.

“I come to awards shows for the twerking,” Fey joked, alluding to Miley Cyrus’ dance at the 2013 MTV Video Music Awards.

As do most hosts, Harris faded into the background after his monologue. He was there when he was needed but wasn’t too obtrusive.

One of the highlights of Harris’ hosting was a skit by the cast of his show How I Met Your Mother, talking about his past hosting gigs and how he has a problem with needing to host too much.

“For my birthday, Neil gave me a gift bag from the 2009 Tonys,” said co-star Alyson Hannigan. “But the Rock of Ages slippers are actually pretty comfy.”

As was expected of Harris, he sang. And he danced.

“I am more than just a song and dance man,” Harris said, leading into his first song, “The Number in the Middle of the Show.”

Later, he sang, “Luck Be a Lady,” which led into Daft Punk’s “Get Lucky” and honored some of the nominees, as well as continuing to honor the history of TV.

Though the 2013 Emmy Awards were focused on the people we lost this year, Harris added a ray of sunshine. He did what he did best, and that is cheer people up. It’s possible the show couldn’t have asked for a better host.