The 2013 Emmy Awards brought together past and present TV stars and also honored those people we lost this year. 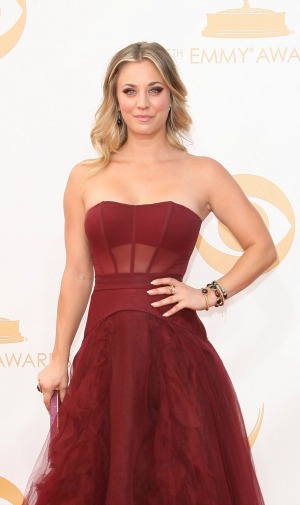 The 2013 Emmy Awards were a roller coaster ride. With so many shows ending, tragedies suffered and new stars emerging, the show was a good representation of the state of TV this year.

Despite the excitement of all the wins and the glamour of all the talented actors in the room, death seemed to overshadow the show. While any awards show has a tribute to those lost in the last year, the 2013 Emmy Awards spent a little more time to pick out some of the biggest names in TV who were lost.

But death wasn’t the only theme. Neil Patrick Harris, as host, brought fun and, of course, some singing.

Harris kicked off the show with a monologue he shared with Emmy hosts from years past. Jimmy Kimmel, Jimmy Fallon, Conan O’Brien and Jane Lynch all came out on stage with Harris in what was revealed as a brilliant plan by Kevin Spacey to win the hosting gig (though not so brilliant, since Harris continued to host).

Tina Fey and Amy Poehler ended the bit and then introduced the first award, which went somewhat surprisingly to Merritt Wever. The actress from Nurse Jackie won Outstanding Supporting Actress in a Comedy Series and gave what may have been one of the best acceptance speeches of the night, which proves she is a woman of few words.

Robin Williams appeared onstage to pay tribute to Jonathan Winters, whom he worked with on Mork & Mindy. The show also honored others lost this year, including Jean Stapleton.

“What I wasn’t aware of until years later was his lifestyle. Yeah, right,” John joked.

John then played the song “Home Again” as a tribute to the famous singer, who died 25 years ago.

“In the words of Liberace, too much of a good thing is wonderful,” Douglas added after John’s performance.

The Emmy Awards did what it set out to do: It honored television. Don Cheadle led a tribute to TV itself. He spoke of the assassination of President Kennedy, The Beatles‘ arrival in America and other important moments in history that were brought into every home through television.

The tribute ended with Carrie Underwood singing “Yesterday” by the Beatles, with images of TV history in the background.

Bob Newhart received a standing ovation for his first Emmy, which he received just last week.

“I don’t know if that’s a compliment or you’re trying to rub it in,” Newhart said to Jim Parsons when Parsons reminded Newhart that it is his first win.

Breaking Bad and Modern Family took home the big awards of the night.

The Emmys were a tribute to those we lost this year, but the show also celebrated where TV came from and where it is going. Neil Patrick Harris was perhaps the best host the show could have chosen, and the evening was so much more than an awards show. It was a chance for America to pay tribute to TV.