The world of TV has lost some important figures in the last year, and the Emmy Awards decided to show the importance of those people through the history of TV. 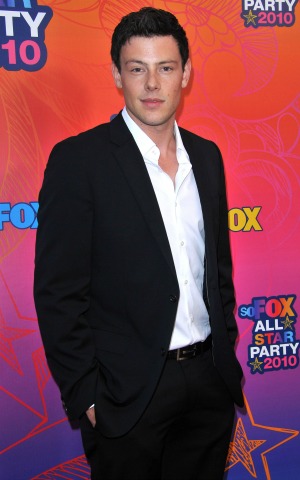 The Emmy Awards are a place to honor the best in television, not only from the last year but from the beginning of TV history. This year’s show went a step further, though — it honored some of the biggest names in television lost in the last year.

While most awards shows include an “in memoriam” tribute, the 2013 Emmy Awards took time to individually honor some of television’s stars who are no longer with us.

“It is remarkable, and somewhat curious, how TV shows quickly become like family,” Lynch began.

“All that warmth and that charm, the openhearted charm was no act,” the actress continued. “He was not perfect, like many of us here can relate to.”

Monteith died at the age of 31. He had been struggling with drugs for years and had just been released from rehab.

“Tonight, we honor all that Cory was, and we mourn what he could have been,” Lynch added.

Although Monteith rightly deserved a tribute, after some controversy, the producers decided to honor many others lost during the year as well.

Jonathan Winters was the first to be honored, and Robin Williams had the opportunity to pay tribute to his old friend, who died in April at the age of 87. The comedian worked with Winters on Mork & Mindy. Winters also played Papa Smurf in The Smurfs and reprised the role in the sequel.

“Thanks for the spark, big guy,” Williams said during his tribute.

Rob Reiner was on stage to honor Jean Stapleton, who starred with him for years on All in the Family and died in June. Michael J. Fox appeared later in the show to honor Gary David Goldberg, the creator of Family Ties and Spin City, among many other shows. Goldberg died in June at the age of 68.

Edie Falco led the tribute to James Gandolfini, who died this year at the age of 51. The actress teared up as she honored her friend.

An unexpected moment came when Homeland writer Henry Bromell won an award. Bromell died unexpectedly in March, and his wife accepted his award, choking back tears. Later, when Claire Danes was accepting her award, she again honored the writer.

“He passed away in March, and we just love him so much,” Danes said. “He was a brilliant person, and so kind, and we think of him every day as we continue to work on the show he helped define.”

The theme of death continued throughout the show and was included in the Emmys’ tribute to television. Don Cheadle appeared on stage later to honor television itself and talk about how it brings a nation together. He introduced a video that started with Walter Cronkite’s newscast the day President John F. Kennedy was assassinated. The piece led into a happier TV event: when The Beatles first came to America. He spoke of how TV has bonded Americans together and about the power of the medium, which is only decades old.

The tribute ended with Carrie Underwood singing The Beatles’ “Yesterday,” and the moment appeared to be a very emotional one for the audience.

The cameras went to Kevin Spacey while Kaley Cuoco was introducing the montage, and he knocked the camera away with some sort of card. The video is being buzzed about online, with Gawker commenting, “Kevin Spacey just wants to watch Kaley Cuoco introduce the death montage without some g**d*** camera getting up in his face. Is that so much to ask?”

Although the show seemed to be focused on those we’ve lost, it also celebrated television and reminded us of the important people who help bring TV to us every day.