Celebs brought their fashion A-game to the 2013 Primetime Emmys, but we’re not sold on these looks… yet. 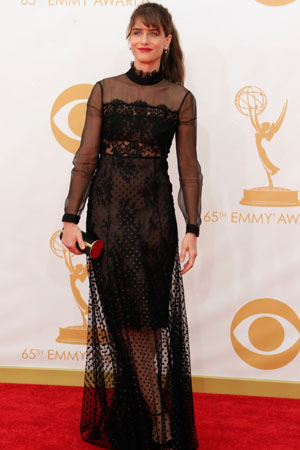 Amanda Peet is giving us some funeral vibes in this sheer black dress. We think some color would help do her gorgeous body some justice. 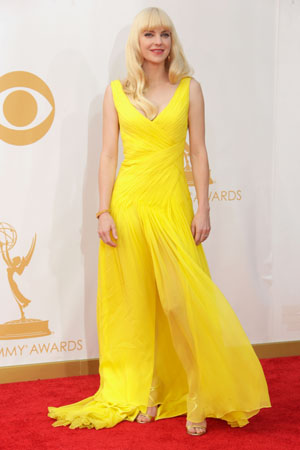 Don’t get us wrong: Anna Faris looks beautiful in this Monique Lhuillier gown, but the canary yellow really washes out her skin tone and blond hair. A more contrasting color would suit her better. 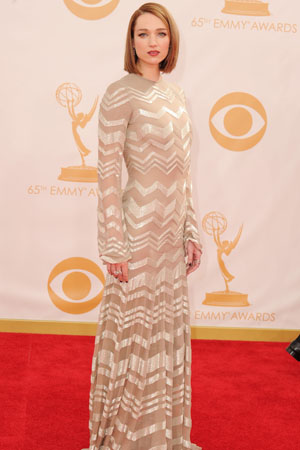 This shapeless gown doesn’t do anything for actress Kristen Connolly. 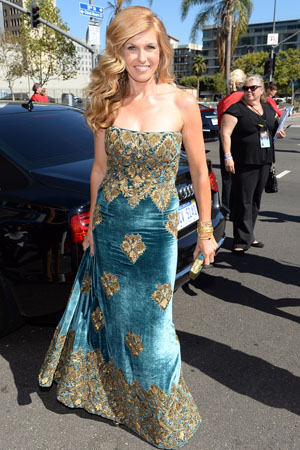 We’re not sure what to think of Nashville star Connie Britton in this Naeem Khan dress. 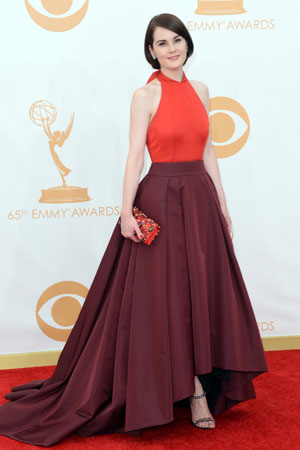 We would have liked to see Downton Abbey star Michelle Dockery in a brighter color. This two-toned Prada gown is a little too muted. 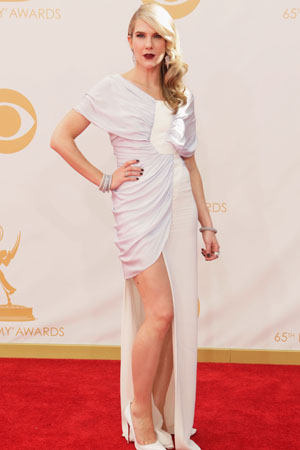 Actress Lily Rabe’s gown has way too many things going on with it… it’s confusing.

Who missed the fashion mark at the 2013 Primetime Emmy Awards? Sound off below!