The Fifth Estate has made the WikiLeaks camp very angry. Now they’re speaking out in the only way they know how. 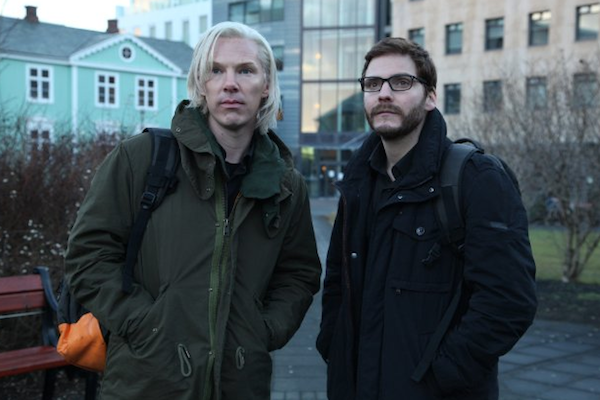 The latest controversy surrounding The Fifth Estate is irony at its best. The film is based on the creation of the whistle-blowing website WikiLeaks, which was founded by Julian Assange. The website typically sticks to the political arena, but Hollywood has now earned its wrath.

The Fifth Estate trailer shines a light on WikiLeaks >>

It’s no secret that Assange isn’t a fan of the movie. He’s never given director Bill Condon or star Benedict Cumberbatch his support. In fact, he considers The Fifth Estate to be nothing more than propaganda. Therefore, we’re not surprised that WikiLeaks has taken the film to task.

Last week, the script for The Fifth Estate appeared on the site. It came complete with commentary from WikiLeaks describing its many falsehoods. According to the National Post, WikiLeaks used this as an opportunity to set the record straight.

WikiLeaks claims, “The film is fictional. Most of the events depicted never happened, or the people shown were not involved in them. It has real names, real places, and looks like it is covering real events, but it is still a dramatic and cinematic work, and it invents or shapes the facts to fit its narrative goals… People should not in any way treat this film as an historical account of WikiLeaks, its activities or its personnel.”

WikiLeaks questions the credibility of the books the film is based on, stating they were written by “people who had personal and legal disputes with WikiLeaks. These are personally biased sources and are now outdated by three years. They tell only one side of the story.”

Despite the website’s objections, The Fifth Estate is hitting theaters on Oct. 18. At that point, the public can decide what it believes is fact or fiction.