The Season 2 premiere of Revolution is this Wednesday, and we can’t wait to see how the show has spiced things up for its return. We’re hoping it will be a wild ride we can hop on. 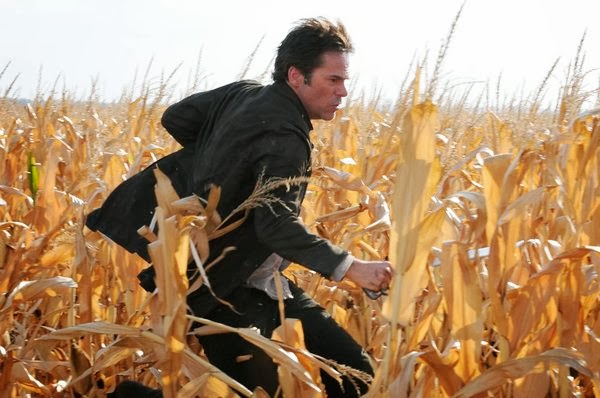 When Season 1 of Revolution premiered, it looked like J.J. Abrams and his team had another hit on their hands. Then, as the season progressed, we became less and less convinced. The show had enough going on to hold our attention, but we’re hoping Season 2 is coming in with a solid plan to grab our attention and keep it.

The show has promised change and a new, fantastical twist to take our breath away. The fairy-tale aspect of the show is great. At it’s heart, it’s a coming-of-age story about a girl trying to navigate an unfamiliar world. But there are a few things we’re hoping to see in the show’s return.

I’m sure J.J. Abrams is sick of hearing all his work compared to Lost — but here I go. The scope of Lost was one tiny island, yet the writers managed to keep the conflict alive and interesting. Revolution doesn’t need to take us cross-country (though it will in Season 2) to keep our interest. More important is the conflict between characters. Let’s get gritty and real by spicing things up. We love some Charlie/Miles banter, the Monroe/Miles rivalry is cute and the Tom/Jason Neville estranged relationship is endearing… but let’s get a little darker, shall we?

A man for Charlie

We love the whole independent-woman thing. Nora, Rachel and Charlie (Tracy Spiridakos) are a force to be reckoned with. So girl definitely doesn’t need a man, but a little romance never hurt. The back-and-forth between Charlie and Jason was great, but now it looks as if the two have parted ways at the start of Season 2. She’ll be moving on, though, to a rugged-looking gent we can’t wait to hear more about.

Now that Monroe (David Lyons) has been “stopped” (he’ll start the season as a street fighter who’s lost all cred in the military world), we need a definitive plot to take us through the season. Who’s the new bad guy, or what’s the new bad situation? Also, Charlie needs a bigger purpose than just killing Monroe. She’ll be focused on that at the start of Season 2, but killing Monroe seems a little bit last season. If the show wants to keep our attention, Charlie needs to be reaching for something positive instead of dwelling in the past.

Refresh your memory before the Revolution premiere >>

It’s time for Miles to settle in as the fearless leader. Sure, he can still argue with Charlie and drive Aaron nuts. We love that! But let’s start to see trust build among these characters. Last season, they weren’t really a definitive team. There was weird history among Miles, Rachel and Nora. Miles didn’t even really want to help Charlie till the end. Charlie was mad at her mother. Jason was part of the militia and lying about his identity. Lots of things are just at odds with this group. Maybe this season, now that the dirty laundry has been aired, we’ll see them all come together.

What do you want to see in Season 2 of Revolution?