SheKnows gives you an exclusive look at singer/songwriter Yuna’s lyric video for her new single “Rescue” — starring her fans. 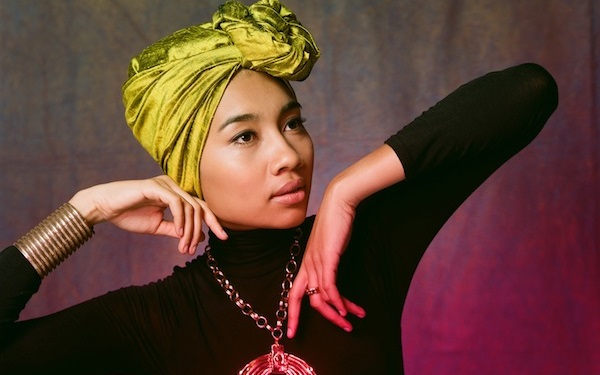 Growing up in Malaysia, singer/songwriter Yunalis Zarai, aka Yuna, began writing songs at the young age of 14. Later, in law school — inspired by female-driven rock by No Doubt, The Cranberries and Fiona Apple — she picked up a guitar and never looked back.

The critically acclaimed artist is about to release her sophomore album, Nocturnal, the follow-up to her 2012 self-titled debut album.

Her new single off Nocturnal is “Rescue,” and Yuna explained to MTV her motivation for writing the song:

“I wrote ‘Rescue’ for a friend who went through a rough time recently and [I] was inspired by her and how she had managed to come out of it a stronger, happier person. I feel like it’s for all the strong individuals out there, regardless their race, background, and gender.”

In August — to support the uplifting, worldly single — the 26-year-old singer put out a call to her Facebook, Instagram and Twitter fans, asking them to submit photos to put in a lyric video for the song. Her fans certainly answered the call.

She incorporated her fans’ response in the “Rescue” lyric video, which shows the pictures her fans submitted as Polaroids placed on a map of the world with the song’s inspirational lyrics handwritten below the photos.

Yuna’s songs have been featured in the films Savages and The Croods and the TV shows Arrow and Pretty Little Liars. Plus, all you gamers can hear Yuna while playing the recently released Grand Theft Auto 5.

Her new album, Nocturnal, is due out Oct. 29, and you can pre-order it on iTunes.

Check out our exclusive debut of Yuna’s lyric video for “Rescue” and let us know what you think in the comments below.