Drake’s personal life is as busy as his music career. The rapper recently told Ellen DeGeneres about his famous past loves. 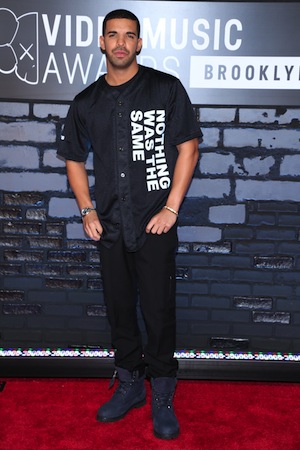 Drake is in full marketing mode. He’s making the rounds promoting his latest album, Nothing Was the Same. Friday, he appeared on the Ellen show, where the host put him through the wringer. In her hilarious way, DeGeneres got Drake to open up about his rumored relationships.

11 Things you didn’t know about Drake >>

Drake is a talented, good-looking and intelligent young man. Who wouldn’t want to take him home to Mama? He admitted that he’s currently single and ready to mingle. Over the years, he’s been linked to several high-profile women, but most of them were just friends or acquaintances.

His most notable flame is pop singer Rihanna. She’s been a steady presence in his life since 2009.

Drake explained, “We had our moment, and I always support and have love for her.”

Does that mean he won’t try to win her heart again?

Whom is Rihanna supposedly dating this week? >>

He also revealed that he and his labelmate Nicki Minaj are strictly platonic.

Drake isn’t afraid to put himself out there. He’s gone on several first dates but hasn’t been able to get to that next level. For example, he was spotted with supermodel Tyra Banks and 2 Broke Girls star Kat Dennings.

When it comes to Banks, he said, “I went on a date with her one time, just one date. We went to Disneyland in disguise, actually, which was fun. I don’t know if it was a date — it was a get-together. We’re close as well.”

As for Dennings, “I just always had a huge crush on Kat Dennings, and she was kind enough one night to oblige me, and we went out for dinner. They don’t call me back after one date, according to this. She’s great, though.”

Well, at least he’s trying. Sooner or later, he’ll find the one.

Nothing Was the Same will be released Sept. 24.