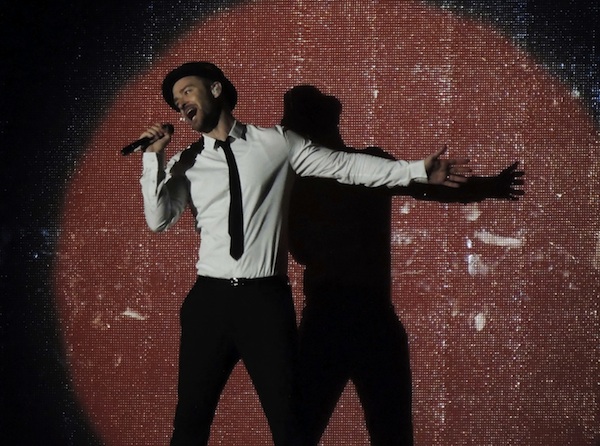 Justin Timberlake is such a tease.

Then we had to wait an entire day until the release of his new single, “TKO.”

The over-seven-minute, boxing-themed “TKO” teams J.T. up with his old pal — prolific producer Timbaland — who is always a great choice for a catchy beat.

“TKO” is the second single we’ve heard from J.T.’s upcoming album, The 20/20 Experience 2 of 2. Back in July, Timberlake released the semi-controversial “Take Back the Night.”

If we keep hanging on long enough, maybe Timberlake will release the entire album ahead of the Sept. 30 release date.