You won’t find Low Winter Sun where you expect for the remainder of the season. We’re here to steer you in the right direction so you don’t miss a minute. 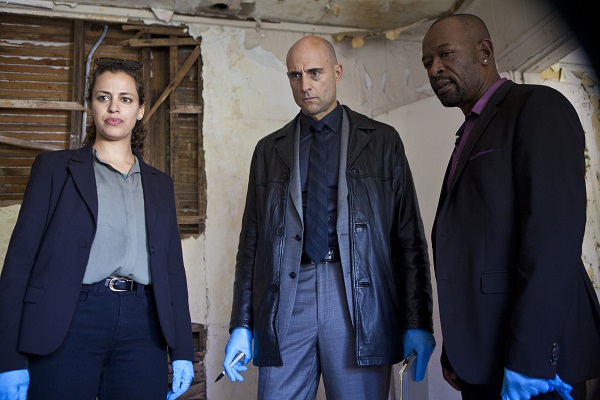 Apparently, some people in the U.S. are watching AMC’s Low Winter Sun. It’s obvious because the show’s official Twitter account has 3,369 followers (ouch). Some viewers must have stumbled upon it after watching Breaking Bad, while others thought they were watching a new show starring Stanley Tucci (the lead is actually Mark Strong). A few more might have seen Lennie James and believed that they’d missed a prequel to The Walking Dead or perhaps that things had cleared up in Jericho. Mr. James has fans.

If you’re a faithful viewer, you’re going to want this news. Everything you thought you knew about the upcoming schedule of Low Winter Sun has been completely upturned, and you are now required to jump through special AMC hoops to view it. Depending on your cable or satellite provider, this may require physical manipulation of your DVR, so be prepared.

AMC Network’s generosity in giving Breaking Bad fans extended episodes on Sept. 22 and Sept. 29 upset the apple cart for fans of AMC’s other Sunday night show. AMC has released details on its Low Winter Sun blog about the upcoming airings. All remaining episodes of the series will begin at times other than the regularly scheduled 10/9c start time, but at least they will remain on Sunday nights.

In case you missed it: AMC’s striking series finale poster for Breaking Bad >>

The Sept. 29 episode of Low Winter Sun, “Revelations,” will air at 11:15/10:15c — after a special episode of Talking Bad, which will immediately follow the series finale of Breaking Bad.

For those Low Winter Sun fans who would like to maintain a more standard viewing schedule, AMC Network is making “Revelations” available via AMC On Demand beginning Monday, Sept. 23, one week before its premiere on AMC. Fans will be able to use both Video On Demand services and TV Everywhere platforms to watch.

Considering the overwhelming TV lineup on Sept. 29 — including the season premieres of Homeland and The Mentalist as well as the series premieres of Masters of Sex and Betrayal, among others — giving fans a chance to watch the penultimate episode of Low Winter Sun a week early could actually benefit the series.

Looking for a scoop on what’s new this fall? We have a place for that! >>

The ratings haven’t been stellar for Low Winter Sun, and these scheduling shuffles are likely to have a further impact on the numbers. While network executives had hoped the series would benefit from the popular lead-in of Breaking Bad, it appears instead that fans have hit social media and comment boards to discuss the exciting events on AMC’s current signature series as it takes its final bow rather than sticking around to invest in the new series.