Natalie Portman released some interesting news to movie fans. Will Marvel do a movie based on a female superhero? 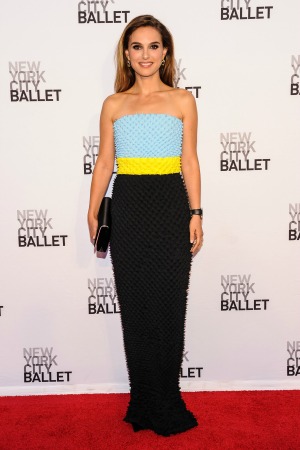 Natalie Portman sent the Marvel fan world into a frenzy on Thursday when a new interview with Sci-Fi Now revealed some exciting things about a few female superheroes. In the past, Marvel Studios has been criticized for focusing primarily on their male characters.

It looks like that’s all about to change. In the U.K. interview, the Thor star hinted that there were some female-centric superhero movies to come.

She said, “There are definitely many strong women, but it will be exciting when there is a central female character which I think is coming — I have heard is coming. And, of course, also a central non-white character will also be exciting. Title characters.”

Portman isn’t the only one who knows that something is stirring over at Marvel Studios. One of their producers, Louis D’Esposito, alluded to the fact that comic book fans are ready for more.

Most memorable movie kisses of summer 2013 >>

He said at an Iron Man 3 Blu-Ray/DVD launch event to ComingSoon.net, “There’s obviously a drumbeat that is banging louder and louder that we want a female lead superhero… [W]e have strong female characters in our films from Black Widow to Pepper Potts to Peggy Carter and you never know. Maybe there’s an offshoot film with one of them. Or Captain Marvel, you know?”

Portman will be continuing with her role in Marvel’s Thor franchise. She plays Jane Foster, an astrophysicist Thor falls in love with. The next installment, Thor: The Dark World, is scheduled to be released on Nov. 8.

Even with hints of something coming from the superhero studio, it’s clear the fans are ready for a female character to be front and center on the silver screen.