After receiving critic backlash for featuring a tribute to Corey Monteith at this year’s Emmys, the award show producers defended their decision to spotlight the young actor. 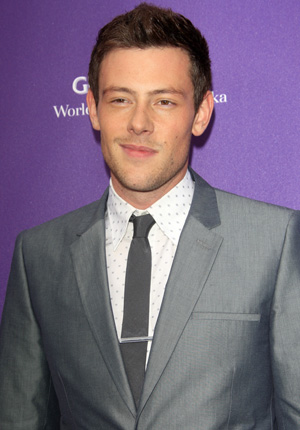 While fans were happy that Corey Monteith would be featured during an Emmys tribute to this year’s deceased TV stars, others questioned the decision to do so. Many believed that the Glee actor’s work history was too short for him to be spotlighted next to more seasoned actors.

But Emmy producers are sticking to their decision and defended their inclusion of Monteith in the memorial segment.

At a conference call with reporters, Ken Ehrlich, Emmy producer, and Jack Sussmann, an executive at CBS, detailed their reasons for adding the young actor in the In Memoriam segment at the popular awards show.

“It was a rather personal choice, but Cory’s appeal was to maybe a little different generation than some of the others we’re honoring,” Ehrlich explained. “We felt it needed to be represented, that at 31, he passed away under very tragic circumstances.” Adding that they wanted to be responsive to the younger audiences, Ehrlich said that “Cory Monteith meant as much as perhaps these other four individuals meant to their own generations.”

The Academy announced earlier this week that the Emmy’s In Memoriam section would be expanded and will include remembrances from close friends of the featured dead celebrities. Monteith’s fellow Glee co-star, Jane Lynch, will be the one honoring the late Canadian actor‘s accomplishments.

But producers further managed to upset many other viewers when they learned that another legendary actor, Larry Hagman, would not be honored at the awards ceremony after his passing earlier this year.

Hagman’s television career spans back to the 1960s when he starred in the widely popular I Dream of Jeannie sitcom. He also further rose to fame for his memorable and iconic role as J. R. Ewing in the long-lived drama series Dallas, a character he reprised in the current new Dallas remake.

On being questioned for his memorial exclusion of Hagman, Ehrlich quipped that they simply can’t please everyone. “No matter what we do, there will be people who feel we could have made other options, and done other things.”