Christina Aguilera is back on The Voice! How does Adam Levine feel about it, though? 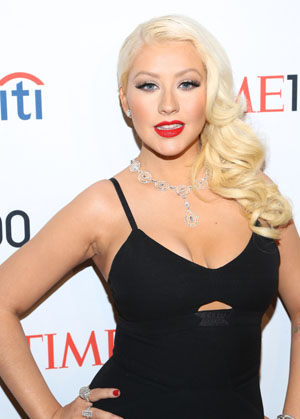 Christina Aguilera is coming back for a new season on NBC’s The Voice with a new body, new attitude… and new feud with Adam Levine? The pair has famously butted heads during the show, but Aguilera insists their interactions are all out of love.

“We’re both very passionate, but it isn’t personal with Adam. It never has been,” she told TV Guide while promoting the show’s fifth season, set to debut on Sept. 23. “We’re just very strong personalities.”

Rumors of a nasty personal feud between the two started during Season 3, when Aguilera vehemently criticized Team Adam finalist — and her former The All-New Mickey Mouse Club co-star — Tony Lucca.

“Adam also talks a ton of s*** about Christina and makes fun of her behind her back,” a show “insider” told Us Weekly in May 2012.

Levine was quick to shoot down those rumors.

“People shouldn’t say those kind of things, because, f*** you! Come on guys, grow up!” Adam Levine told WetPaint in October 2012. “It pisses me off, and of course I have her back, of course I defend her. It’s not nice to just have your bread and butter be trashing other people. That’s bullying.”

He also defended her against criticism about her fluctuating weight.

“The one thing about the culture right now, celebrity culture particularly, is people feel like they can just say nasty things about other people whether it’s Christina or whether it’s me,” he told People, adding that her weight is no one’s business. “She gets [that] a lot and it pisses me off. Of course I have her back and of course I defend her.”

The rumored feud might make good headlines, but Aguilera thinks all of the talk takes away from the real purpose of the show: the musicians hoping to land a deal.

“The time off made me see more than ever that [the competition] isn’t about us,” she told TV Guide. “It’s about the contestants.”