Jake Gyllenhaal may be one of Hollywood’s most eligible bachelors, but there was a time when he was just a shy kid. So who had the honor of being his very first kiss? 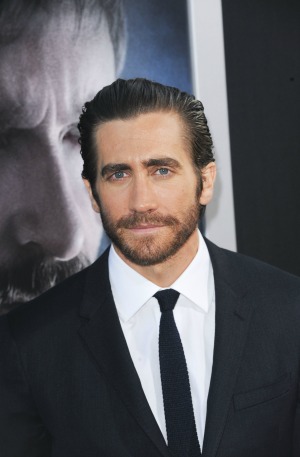 Jake Gyllenhaal could be the dream guy for of many girls across the country, but he wasn’t always the hot movie star he is now. As a young man, he spent summers at a camp in New England, where he met his first love/crush.

“OK, I’ll say it: My first kiss was with Emily Simon. I’ll say it. I’ll say that right now. Well her name is Emily Simon,” Gyllenhaal explained to MTV. “It was a very special moment so why wouldn’t I [say it here]; it’s respectful of both parties.”

Gyllenhaal wouldn’t say how old he was at the time though, except to say he was, “like, very young. I’m not gonna say the age, but I was like very young. I was 28 years old, man.”

Gyllenhaal did more than spend time with Emily in camp, though. He said he honed his acting chops in the camp’s version of The Music Man. And though he’s been in acting since he was a young child, the 32-year-old feels lucky to be in the position he’s in.

“It is a mystery, in a way. I’ve had this privilege of being able to act since I was very young. I had this long career. I’m at the age where I think most of my contemporaries are beginning their career,” he said. “I think of it in the same way. I think of it as a beginning too, understanding who you are as a man, understanding who you are as an artist or whatever you do in your life.”

Gyllenhaal’s current film Prisoners will be in theaters Friday.