It’s no secret that Jack Nicholson was a party animal back in the day, but was he the original Charlie Sheen? A new book sheds light on his sordid past. 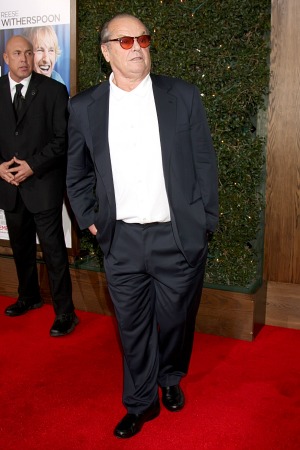 Who is the ultimate Hollywood ladies’ man? Judging from Jennifer Lawrence’s reaction when he hit on her at the Oscars — and his longtime bad-boy reputation — we’re going with Jack Nicholson. Now a new book is revealing how wild Nicholson really is — and it started from his first days in Hollywood.

In his new bio Nicholson, the New York Times‘ bestselling author Marc Eliot explores a lifestyle in which Charlie Sheen would feel right at home.

“There was round-the-clock partying, drinks, drugs, sex, lots of tea (of the smoking kind), and beautiful, hot, willing girls who loved to get just as high as the boys and have a good time,” Eliot wrote. “The refrigerator never had any food in it. Just milk (for Jack’s sometimes sensitive stomach), beer, and pot in the freezer to keep it fresh.”

Nicholson also spent lots of time at the home of pal Harry Dean Stanton, where things got even crazier.

Nicholson’s party lifestyle was almost brought to a halt when Roman Polanski allegedly raped a teenager in the actor’s home in 1977, but while cops found a small amount of hashish they missed his real stash.

“Fortunately, the rest of Jack’s ample stash of drugs was so well hidden in fake shaving cream containers and the like, that the police missed it,” Eliot claimed.

The good stuff Nicholson kept for himself and other party VIPs upstairs, where he had a special use for his cocaine.

“By following what he’d heard about Errol Flynn,” Eliot wrote, “he learned that by putting a dab on the tip of his manhood, he could last longer, and, because of the way women reacted to that, he also believed it intensified the sensations for them.”

However, by the ’90s Nicholson laid off the drugs altogether and now his only vice is smoking cigars.

Sadly, his longtime drug use may have finally caught up with him despite quitting years ago. A source told RadarOnline that the legend has retired from acting due to memory loss.

“Jack has — without fanfare — retired,” the insider said. “There is a simple reason behind his decision — it’s memory loss. Quite frankly, at 76, Jack has memory issues and can no longer remember the lines being asked of him.”

“His memory isn’t what it used to be.”

That doesn’t mean he’s going into hiding, though — once a partier, always a partier, Nicholson still intends to be a fixture on the Hollywood scene.

“Jack has no intention of retiring from the limelight,” said the source. “He’s not retiring from public life, at all. He just doesn’t want a tribute. He’s happy to tacitly join the retirees club like Sean Connery.”