We know of one couple that is not struggling financially, and that happens to be the Carters, who are at the top of Forbes‘ Highest-Earning Celebrity Couples list. 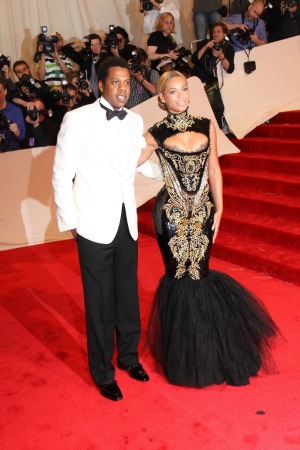 Wow, Beyoncé and Jay Z really do seem to have it all!

They have a beautiful daughter, a strong relationship, successful careers, and now they get to add being counted as one of the World’s Highest-Earning Celebrity Couples of 2013 to their achievements. Not bad, right?

Forbes magazine compiled a list of the Highest-Earning Celebrity Couples and the “Single Ladies” songstress and her hubby have taken the title, for the second consecutive year! So, how much did the dynamic duo earn?

The couple made a staggering $95 million together in the financial year June 2012 to June 2013 — after the calculations of their businesses, album sales, endorsement deals and tours.

Jay Z’s collaboration with Kanye West this year on Watch the Throne, earned him a platinum-selling album and a world tour that earned $1.4 million a night! Not too shabby!

Jay Z also started his own sports agency, Roc Nation Sports that currently represents athletes Robinson Cano and Victor Cruz. Not to mention that the music mogul was also a co-owner of the new Barclays Center in Brooklyn and sold his stake in the Brooklyn Nets team.

And Mrs. Carter? Well, after a brief break following her pregnancy with Blue Ivy, Beyoncé’s The Mrs. Carter Show World Tour ranked in an average of $2 million per night, she continues to rake in the cash with her fragrances and clothing line the House of Deréon and a Pepsi endorsement.

Forbes‘ top five Highest-Earning Celebrity Couples of 2013 are ranked as: