It’s hard not to know these stars today, but they all started somewhere. Do you remember some of their first roles? 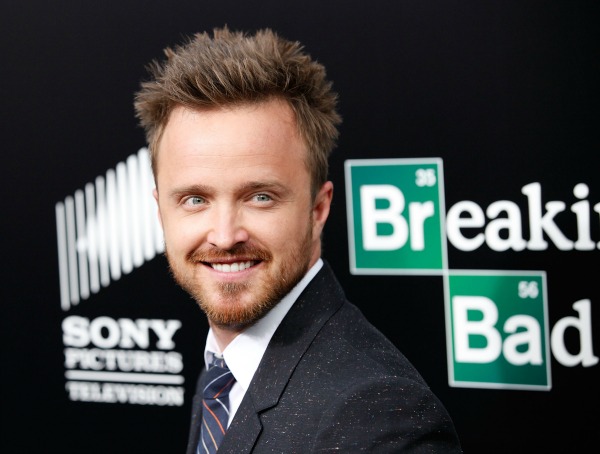 Even the biggest stars in Hollywood had to start somewhere, and these Emmy-nominated actors‘ early roles are clues to where they came from.

Aaron Paul had been in Hollywood for a while before landing his career-changing role on Breaking Bad. His acting career began when in 1998 when he was only 19, and he guest starred on numerous TV shows like Beverly Hills 90210, Melrose Place, Suddenly Susan and 3rd Rock from the Sun. You may not have recognized him way back when, but he also had a small role as Jeff Bridges‘ son in the 2001 Kevin Spacey film K-Pax.

You may also be interested to know that Paul was also a contestant on The Price Is Right back in the day.

Jane Krakowski may have earned her nomination for Best Supporting Actress in a Comedy Series for 30 Rock, but the actress has been in Hollywood for decades. At least three decades, that is. In 1983, she made an appearance in National Lampoon’s Vacation.

Because Jim Parsons fits his role as Sheldon so well on The Big Bang Theory, it’s hard to believe he ever did anything else. But Parsons had a pretty successful career before the show. You may not remember his role on the Zach Braff film Garden State (don’t worry, very few people do). And yes, he speaks Klingon here, too. Watch his one scene (Warning, there is some graphic language.)

Vera Farmiga has brought to life (literally) the mother of Norman Bates in The Bates Motel. But before landing the iconic role, she starred with some of the hottest men in Hollywood. Farmiga starred in The Departed, alongside Leonardo DiCaprio, Mark Wahlberg, Jack Nicholson and Matt Damon. She then took on the mighty task of starring with George Clooney in Up In the Air. Farmiga is nominated for Outstanding Lead Actress in a Drama Series. What a lucky, lucky girl.

Before The Big Bang Theory, most people remembered Mayim Bialik as Blossom. But before that, she was also in the Bette Midler film Beaches. As… who else? A young Bette Midler.

Kerry Washington is one of the hottest ladies in Hollywood, but many may not remember her as the young teen mom in 2001’s Save the Last Dance, starring alongside Julia Stiles and Sean Patrick Thomas. Washington was only 24 years old when she shot the movie, and it was one of her very first roles. Washington is also nominated for Outstanding Lead Actress in a Drama Series for Scandal.

Elisabeth Moss has also had a long career in Hollywood, but even longer than many imagine. As a child, she starred on Picket Fences for three years. When she was only 13, she also appeared in the 1995 TV movie Escape to Witch Mountain. Moss is nominated for Outstanding Lead Actress in a Drama Series for Mad Men.