When we first settled in for Modern Family, we met Jay Pritchett and shouted, “Hey, that’s Al Bundy!” How could Ed O’Neill convince us he was anything other than the raunchy, caustic and socially inappropriate Bundy? Well, he has, and the Emmy folks noticed. 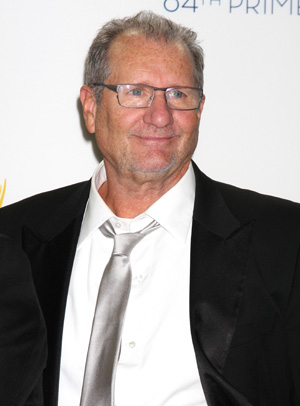 We’ve gotten used to Ed O’Neill as Jay, the gruff, middle-aged-plus guy who remarried a young, hot Colombian named Gloria on Modern Family. It’s weird to think we might never have met Al Bundy or Jay Pritchett if O’Neill had succeeded in his youth as a football player for the NFL. He was a 15th-round draft pick for the Pittsburgh Steelers but was cut from training camp.

After bouncing around as a trucker, a worker in a steel mill and hotel and a substitute teacher at the high school he’d attended, he decided to return to his real love — acting. Thank heavens he did! Peggy Bundy would not have been the same without Al, and Gloria would not be the same without “Yay” (which is how Gloria pronounces “Jay”).

So how is it that O’Neill plays dysfunctional roles with such aplomb?

He grew up in a somewhat traditional home with a stay-at-home mom and a steelworker dad, but his dad got laid off a lot, and as O’Neill told People magazine, “We never had much money.”

O’Neill admits that as a young adult, he drank a lot and chased a lot of women.

“When you come from where I come from, you’re trying to get approval for something — you don’t know what.”

O’Neill may have taken the long road to acting, but his journey has paid off. O’Neill was nominated for an Emmy for Outstanding Supporting Actor in a Comedy Series. The competition was stiff and mostly in the family. O’Neill was up against against co-stars Ty Burrell and Jesse Tyler Ferguson. (Tony Hale of Veep walked away with the award.)

O’Neill’s private life has mimicked his professional career in that it took him a bit to figure things out, but when he did, there was no turning back. He married dancer-turned-actor Cathy Rusoff in 1986. Four years later, the couple separated briefly but got back together.

During that time, O’Neill told People magazine, “Cathy is very supportive of me emotionally. I depend on her so much. I feel nervous if I’m not around her.”

Those two kids figured things out and went on to have two kids of their own — Sophia and Claire.

More actors in the Star Spotlight