The breakup of Miley Cyrus and Liam Hemsworth totally bummed us out (even if we were expecting it). One expert thinks there’s at least one thing we can learn from their split. 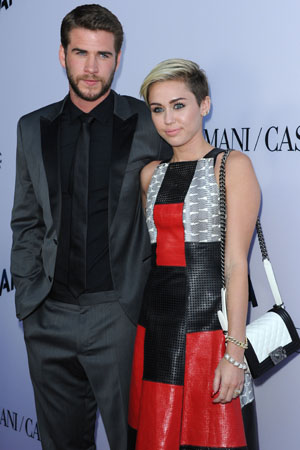 Sultry Mexican singer and actress Eiza Gonzalez might be the one blamed for breaking up Miley Cyrus’ engagement to Liam Hemsworth, but she’s not the one responsible. According to Carole Lieberman, M.D., psychiatrist and author of Bad Girls: Why Men Love Them & How Good Girls Can Learn Their Secrets, Cyrus and Hemsworth just grew up — and things changed.

“Miley and Liam outgrew each other a long time ago but kept hanging in there, hoping the other would change,” Dr. Lieberman told SheKnows. “They met on the set of The Last Song, and they originally saw each other through rose-colored glasses, overlooking their incompatibilities and trying to make their real-life romance turn out to have a happy ending. But they’ve both changed since then.”

How so? Well, Hemsworth’s career took off, and he didn’t need the Cyrus boost to make a name for himself.

“Liam’s success threatened Miley, who became more fearful that she would lose him,” Dr. Lieberman added. “Her parents’ on-again, off-again divorce made her feel insecure, as well. He put up with a lot of immature behavior from Miley over the years until her fears of losing him, which caused her to keep testing him, finally pushed him past his limit.”

It’s unfortunate, but many relationships — both famous and non — end up this way. How can you stop it from happening to you? You need to realize that you can’t make a commitment until you understand yourself.

“Though Miley and Liam seemed like the perfect couple at the beginning of their relationship, they grew apart,” said Dr. Lieberman. “Other young couples should learn from this that it’s hard to commit to marriage when you haven’t found your own identity yet and haven’t had enough experience to appreciate the other person’s love.”

And don’t jump into a big commitment so quickly, no matter your age.

Why do you think Miley Cyrus and Liam Hemsworth really ended their relationship? Sound off below!

How to make the first move, according to Olivia Wilde
Christina Aguilera reveals her dating dealbreaker
Who pays on a date? Anna Kendrick gives the answer