Jhumpa Lahiri’s The Lowland is one of the most eagerly anticipated novels of the year, which is why we’ve picked it as our Red Hot Book of the Week.

Jhumpa Lahiri writes thought-provoking stories and novels featuring the themes of immigration and culture. Her story collections Interpreter of Maladies and Unaccustomed Earth were very well-received by readers and critics alike, but to date, she has only written one full-length novel: The Namesake, which was turned into a movie starring Kal Penn. Fans of Lahiri’s have been eagerly awaiting her second novel, The Lowland, releasing this week from Knopf, a division of Random House. 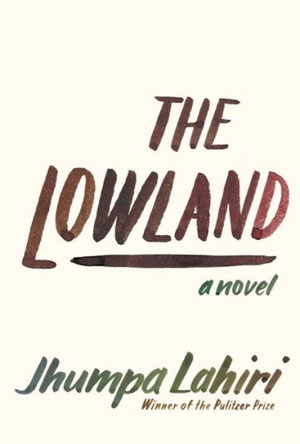 It’s a foregone conclusion that Lahiri’s newest endeavor will be a best-seller, but it’s also receiving widespread critical acclaim. It’s already a finalist for two major literary prizes: It has been shortlisted for the Man Booker Prize and longlisted for the National Book Award. All of this is to say that The Lowland is an incredibly written novel that is absolutely worth reading.

The Lowland is the story of two brothers, Subhash and Udayan, born 19 months apart in 1960s Calcutta, India. The partition of India and Pakistan was a recent memory and the country was facing civil unrest, but for these two inseparable brothers, all they needed was one another.

But as the years passed, their choices took them on very different paths: Subash decided to study in the U.S., pursuing his higher education, considered a “good” path by traditional Indians. Udayan, however, had his own destiny to forge.

Instead of focusing on education, he became involved with the Naxalite movement, a Communist group in India focusing on ending inequality between the rich and poor, the haves and have nots, sometimes by violent means.

As Subhash becomes increasingly detached from his family, the distance making it hard to keep in close touch, Udayan becomes more and more distant from his family’s traditional values. But when tragedy strikes, Subhash must return home once again to pick up the pieces of Udayan’s shattered life.

A touching look at family and relationships, while also containing themes of identity and inequality, The Lowland is a novel that will keep you reading late into the night, desperate to understand these beautifully rendered characters crafted through Lahiri’s luminous prose.

Read George R. R. Martin’s Book That Inspired House of the Dragon Before the Series Premieres